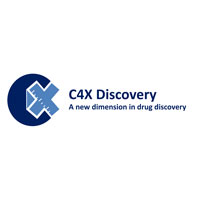 C4X Discovery Holdings plc (LON:C4XD), an innovative company in the discovery, rational design and development of small-molecule drugs, has reported its results for the 12 months to July 31, 2016. During the period the company further enhanced its drug discovery engine through acquisitions and continued to advance and broaden its portfolio of proprietary drug discovery programmes. The acquisitions (Adorial’s innovative target discovery platform technology, Taxonomy3, and Molplex’s pioneering chemoinformatics and artificial intelligence software platform), combine powerfully with C4XD’s drug discovery and rational molecule optimisation technology platform, Conformetrix, to create a state-of-the-art drug discovery engine. We believe this has the potential to become one of the industry’s most productive drug discovery engines generating better drug candidates against smarter new targets, substantially more rapidly and cost-effectively than existing industry approaches. With the strategic shift away from fee-for-service deals towards building the proprietary drug portfolio and signing higher-value partnership and out-licensing deals, we believe now is a great time to buy into C4XD.

Financials: Total revenues for the year of £0.2m (FY2015: £0.2m) relate to income from partners generated through collaborative projects. As anticipated the operating loss of £6.8m increased against the prior year (£3.9m) due to greater R&D spending (FY16 £5.2m vs FY15 £3.2m) and higher central costs associated with management changes and increased headcount, a move to different premises, and additional operating costs following acquisitions. Our forecasts remain unchanged and with the £5.0m fund-raising in September 2016, we expect cash to be approximately £1.5m at year end (July 31, 2017).

Strategy: Approximately 2/3 of marketed new drugs originated from smaller biotech companies and almost 70% of the current global industry clinical development pipeline belongs to emerging companies (not large pharma). In this context, the opportunity for C4XD to out-license its proprietary drug candidates to larger drug companies is increasing as demand from large pharma to supplement their pipelines grows. C4XD continues to build and progress its pipeline programmes in a variety of therapeutic areas including addiction, diabetes, inflammatory diseases and cancer, among others. The company intends to further expand the list of target areas to include additional inflammatory conditions and neurodegenerative diseases and to out-license at least one asset in the next 12 months.

Zeus Comment: C4X Discovery Holdings plc has important collaborations in place e.g. with the University of Oxford’s Structural Genomics Consortium (SGC Oxford) and Evotec, and 8 programmes in a number of high-value therapeutic areas. We believe it is well placed to deliver on its strategy of running a self-sustaining drug discovery engine suppling first-and-best-in-class drug candidates for in-licensing to pharma partners.

You can read the full C4XD archive by clicking the EPIC code.