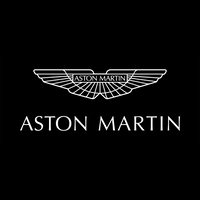 ·      As provided in the Relationship Agreements, Mr Peter Rogers and Mr Mahmoud Samy will now serve as observers on the Audit and Risk Committee with no voting rights.  They will remain on the Board as Non-Executive Directors.

·      As provided in the Relationship Agreements, Mr Dante Razzano and Mr Amr AbouelSeoud will now serve as observers on the Remuneration Committee with no voting rights. They will remain on the Board as Non-Executive Directors.

Following the above changes, the Company is now compliant with the UK Corporate Governance Code in relation to the composition of its Audit and Risk and Remuneration Committees.  To achieve Board Code compliance, we are in discussion with independent non-executive director candidates and expect to announce the outcome shortly.

Aston Martin thanks Messrs. Najeeb Al Humaidhi and Saoud Al Humaidhi for their service as directors in its first year since IPO and thanks them for their long-standing and continuing support as shareholders.

You can read the full AML archive by clicking the EPIC code.

Aston Martin Lagonda remain focused on and excited about plans