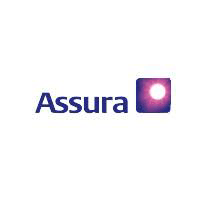 “Assura continued to make strong progress in the third quarter. We expanded our market-leading portfolio with the acquisition of six high-quality assets and completed our third development of the year in Stow-on-the-Wold. We also grew our immediate pipeline of acquisition and development opportunities, reinforcing what was already our strongest in 10 years, to £252 million including 13 developments currently on site.”

“With the new Government enshrining in law increased funding for the NHS and taking forward the Health Infrastructure Plan, better primary care facilities for patients, staff and services are at the heart of the agenda. In this context, Assura is well positioned to deliver high-quality assets and value for money for the NHS.”

· Development completed at Stow-on-the-Wold, taking total to three completed year to date at a total cost of £11.8 million.

· Currently on site with 13 developments at the period end with a total development cost of £66 million.

· Six acquisitions completed in the period at a cost of £31.1 million; four disposals made for cash proceeds of £1.0 million.

· Immediate development pipeline further increased to £90 million, up from £72 million at September 2019.

· Immediate acquisitions pipeline further increased to £96 million, up from £65 million at September 2019.

· Total immediate pipeline, including on site developments, worth £252 million, up from £206 million at September 2019.

· Five lease re-gears completed in the quarter taking cumulative year-to-date re-gears to 18. These leases represent £1.7 million of the Group’s rent roll, adding a weighted average of 10.2 years WAULT to those 18 leases.

As previously announced by Assura plc, the quarterly dividend has been increased to 0.697 pence per share with effect from January 2020. This is equivalent to 2.788 pence per share on an annualised basis.

You can read the full AGR archive by clicking the EPIC code.

Assura plc confident in our outlook for the year