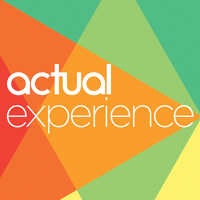 Actual Experience plc (LON: ACT), the analytics-as-a-service company, has today announced the following changes to its Board.

Kirsten English will join the Board as Non-Executive Director with effect from 1st January 2020. Kirsten has over 30 years’ experience in the Technology and Financial Services sectors internationally. She has held executive roles across FTSE 25, SMEs and Private Equity backed businesses. In aggregate, Kirsten has served on 12 Boards in the UK and globally in both executive and non-executive roles. Kirsten is currently a Non-Executive Director at Innovate Finance and Universities Superannuation Scheme.

Mark Reilly, Non-Executive Director, having successfully seen the Company through its business development phase has stepped down from the Board with immediate effect.

“I am delighted that Kirsten will be joining the Board of Actual Experience. She has an exceptional track record in developing and executing strategy, building operational excellence and increasing shareholder value all of which will be incredibly valuable to Actual as the Company moves to the next stage of its growth.

I would like to thank Mark for his considerable contribution and wise counsel since joining the Board in 2014. On behalf of my fellow Board members I wish him every success in all future endeavours.”

Commenting on her appointment, Kirsten added:

“I first met the Actual Experience team four years ago and was impressed with their vision and commitment to build a product suite which fills an evident gap in the market. The team has delivered on that initial vision and it is exciting to join now as the Company moves to the next phase with those products deployed in large organisations and the Company gaining recognition internationally.”

As part of the Company’s policy of incentivising its key management, the Board has resolved that it will grant options over 70,000 ordinary shares in the capital of the Company (‘Ordinary Shares’) to Kirsten as part of her remuneration package, subject to the grant being ratified at the next meeting of the remuneration committee. A further update will be provided when the options have been granted.

In accordance with Schedule Two paragraph (g) of the AIM Rules for Companies:

She has held the following former directorships within the last five years:

You can read the full ACT archive by clicking the EPIC code.

Actual Experience “Return to Business as Unusual: Workplace of the Future”