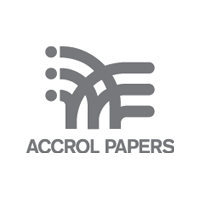 John joined the senior management team of Accrol in September 2018, as Group Financial Controller. Since then, he has gained a strong understanding of the business and its financials and has been closely involved in the latter stages of the turnaround process.

John qualified as a Chartered Accountant with KPMG and has nearly 20 years’ experience as a senior finance executive, including over 10 years with Promethean World Limited (formerly Promethean World Plc), latterly as Group Financial Controller.

Hannah Argo, who was appointed Interim Chief Financial Officer whilst a search for a permanent replacement was undertaken, has completed her contract and leaves the Company today.

“We are delighted that John has accepted the role of permanent Group Finance Director. His knowledge and understanding of the Group, gained during an intense and difficult period for the Group, will allow him to hit the ground running. The Board has been thoroughly impressed with his contribution and commitment to the business over the last seven months and we look forward to working with him even more closely.”

“On behalf of all the directors, I thank Hannah for stepping into the role of Interim CFO and for her work during this time.”

You can read the full ACRL archive by clicking the EPIC code.