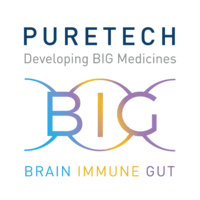 PureTech Health PLC (LON:PRTC), today announced that Joichi “Joi” Ito, PhD, has stepped down from the board of directors, and current board member, Chris Viehbacher, will act as interim chair.

“Given circumstances related to the MIT Media Lab, we agreed that Joi’s resignation from PureTech was appropriate,” said Daphne Zohar, founder and chief executive officer of PureTech. “We are pleased to have Chris Viehbacher as our interim chair.”

Christopher Viehbacher is a member of the PureTech Board and will serve as interim chairman. He is the managing partner of Gurnet Point Capital. Mr. Viehbacher is the former CEO of Sanofi, a Paris listed Fortune 50 Biopharmaceutical Company and the former chairman of Genzyme. Prior to joining Sanofi, Mr. Viehbacher spent 20 years at GlaxoSmithKline, ultimately serving as president of GSK’s North American pharmaceutical division and as a member of the board of directors of GSK plc. He began his career with PriceWaterhouseCoopers LLP and qualified as a chartered accountant in Canada. Mr. Viehbacher has co-chaired the CEO Roundtable on Neglected Diseases, an organization that led to over 1.3 billion people being treated for such diseases free of charge. He was the chairman of the board of the Pharmaceutical Research and Manufacturers of America (PhRMA) as well as president of the European Federation of Pharmaceutical Industries and Associations (EFPIA). At the World Economic Forum at Davos, he was a chair of the Health Governors and co-chaired an initiative to create a Global Charter for Healthy Living. He was also a member of the International Business Council. Mr. Viehbacher has received the Pasteur Foundation Award for outstanding commitment to safeguarding and improving health worldwide. He has also received France’s highest civilian honor, the Legion d’Honneur. Various awards form the Thompson Reuters/Excel Investor Survey, including top chief executive officer and top European company, have recognized his commitment to investor relations.

You can read the full PRTC archive by clicking the EPIC code.