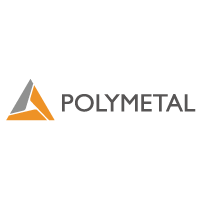 Polymetal International (LON: POLY) has announced an 18% increase in Ore Reserves at Kyzyl gold deposit to 8.5 Moz of gold in accordance with the JORC Code (2012).

“We have concluded the first stage of extending open-pit life-of-mine at our flagship operation. The next step is to estimate Ore Reserves at East Bakyrchik in Q4 2020”, said Vitaly Nesis, Group CEO of Polymetal.

Notes: Discrepancies in calculations are due to rounding. This note applies to all tables in this release.

The Ore Reserve estimate is reported in accordance with the JORC Code (2012) as at 1 July 2019 using a gold price of US$ 1,200/oz and was prepared by Polymetal. A cut-off grade of 1.0 g/t of gold was applied for the open pit and 3.0 g/t for the underground. Ore Reserves were estimated solely for Zone 1 of the Bakyrchik deposit, Zone 2 (East Bakyrchik) reserves were not estimated.

You can read the full POLY archive by clicking the EPIC code.

Polymetal International complete sale of North Kaluga for US$35.7 million