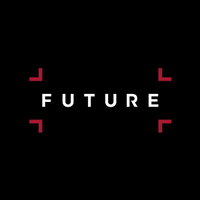 Future plc (LON: FUTR), the global platform for specialist media, has announced the successful completion of the placing announced yesterday.

A total of 8,184,906 new ordinary shares in the Company have been placed by Numis Securities Limited and Nplus1 Singer Capital Markets Limited at a price of 1,275 pence per Placing Share, with existing and new institutional investors, raising gross proceeds of approximately £104.4 million. The placing price of 1,275 pence per Placing Share represents a discount of 6.25% to the closing price on 30 October 2019 (being the latest closing price prior to this announcement). The Placing Shares represent approximately 9.6% of the issued ordinary share capital of the Company prior to the Placing.

Application has been made to the Financial Conduct Authority for admission of the Placing Shares to the premium listing segment of the Official List of the Financial Conduct Authority and to London Stock Exchange plc for admission to trading of the Placing Shares on its main market for listed securities and Admission is expected to take place at or around 8.00 a.m. on 4 November 2019 (or such later date as may be agreed between the Company and the Joint Bookrunners) and that dealings in the Placing Shares will commence at the same time.

In accordance with the FCA’s Disclosure Guidance and Transparency Rules, following this issue, Future plc’s issued share capital consists of 93,572,861 ordinary shares of 15 pence each. The Company holds no ordinary shares in treasury. Therefore, following this issue, the total number of issued shares with voting rights in the Company is currently 93,572,861.

The figure of 93,572,861 ordinary shares should be used by shareholders as the denominator for the calculations by which they will determine if they are required to notify their interest in, or a change to their interest in, the Company under the FCA’s Disclosure Guidance and Transparency Rules.

You can read the full FUTR archive by clicking the EPIC code.