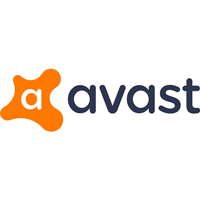 Avast plc (LON:AVST), the leading global cybersecurity provider, announced today that Vince Steckler has notified the Board of his intention to retire in 2019 after 10 successful years with the Group. He will be succeeded as CEO by Ondrej Vlcek, currently President of the Consumer Business, and Vince’s 10-year partner in driving the company’s success.

Vince Steckler will step down from the board and as CEO on 30 June 2019. Mr. Steckler will remain available in an advisory capacity to the company until 30 June 2020 to ensure a smooth transition process. Ondrej Vlcek was unanimously elected and appointed by the Board following a succession process led by the Chairman and the Nomination Committee, with advice from Russell Reynolds, a leading international executive search firm.

“Vince has been the architect of the company’s success over 10 years. As Chief Executive, he has guided Avast’s tremendous growth, from a company with under $20 million in revenue to over $800 million as reported today. He has also led the Group through a major acquisition and successful IPO. We are grateful for his contribution and commitment to ensure a smooth leadership transition.

I am very pleased to announce Ondrej as his successor, following a review of potential candidates both internally and externally. With a background of more than 20 years of innovation and growth at Avast, Ondrej can lead the business better than anyone.”

Ondrej Vlcek has most recently served as President of the Consumer business, the largest unit of Avast. He was part of the executive team that took the company public on the London Stock Exchange in May 2018, and also led the successful integration of the consumer business after the acquisition of AVG in 2016. In this role, he has created dramatic growth through his strategy and vision, re-inventing how Avast protects people online. In his prior role as CTO, Ondrej Vlcek architected Avast’s cloud-based security network for the newly announced Internet of Things (IoT) security solutions and led a technology transformation of Avast from a traditional PC antivirus vendor into the leading global provider of AI-based security solutions. Ondrej Vlcek started at Avast in 1995 as a developer and through his ingenuity and passion, has risen through the organisation, making a significant impact on the company’s results. He holds an MS in Mathematics from Czech Technical University in Prague.

“I am immensely proud of the business and vibrant culture we have built together. I’m delighted that the board has chosen Ondrej to succeed me. Ondrej’s vision and track record of delivery puts him in great stead to lead the company, and I look forward to watching it prosper.”

“I’m honoured to have worked alongside Vince and wish him well in his retirement. I feel privileged to lead Avast having seen it grow from a small local player to one of the world’s leading cybersecurity companies and am optimistic about what lies ahead for the business. The need for security in our digital lives is more important than ever.”

Avast plc went on to announce the appointment of Ms. Maggie Chan Jones and Ms. Tamara Minick-Scokalo as independent Non-Executive Directors, with effect from 13 March 2019.

Ms. Chan Jones holds an MBA from Cornell University and is currently the CEO of Tenshey, a leadership development startup with a mission to advance gender diversity through executive coaching. She currently serves on the Board of Directors for the Cornell University Johnson Club of New York City, and also serves as a startup founder mentor at Founder Institute and an angel investor at Golden Seeds, an early-stage investment firm with a focus on women-led businesses. Ms. Chan Jones previously served as the Global Chief Marketing Officer of SAP, as well as having held senior positions in the field of brand and cloud transformation at Level 3 Communications (now CenturyLink) and Microsoft.

“We are delighted to welcome Ms. Chan Jones and Ms. Minick-Scokalo who are both seasoned executives with backgrounds complementary to our current Board members. We are pleased to have been able to recruit new directors with deep skills in Consumer Products, Marketing and International Growth Markets. With these appointments, we are continuing on the path of substantially improving the diversity of our board.”

“I’m thrilled to join the Board of Avast, and to help impact the advancement of the company through innovations and delightful customer experience supported by a diverse and inclusive culture. I look forward to collaborating with the other directors to grow Avast’s value.”

Tamara Minick-Scokalo said of her appointment

“I am extremely pleased to be joining the Board of Avast at a time when cybersecurity is a hot topic for consumers. I have a focus on building strong, long-term brands and being the lead disruptor versus the disrupted. I am interested in Avast because of its long heritage of being a bold leader with its continued commitment to cutting edge technology, building a trusted brand and better serving consumers in this area of concern, for mutual benefit.”

You can read the full AVST archive by clicking the EPIC code.

Avast plc Strong performance, continuing the trading momentum seen in the second half of 2018