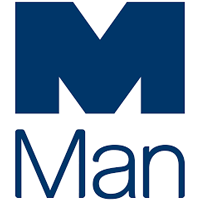 ·    Ian Livingston, Chairman of the Company, has informed the Board of his intention to step down from the role on 31 December 2019, being the end of the Company’s current financial year; and

·    John Cryan, an independent non-executive director of the Company, has been appointed as Chairman of Man Group plc, effective from 1 January 2020

During 2019, the Nomination Committee of the Board has, consistent with its role and responsibilities, continued to review potential succession planning options. The Committee considered key criteria that would be required for the role of Chairman and whether any other current directors could be suitable succession candidates should the need arise. In light of this review, following Ian’s decision, the Nomination Committee, and the Board believe that an external search process would not deliver a more outstanding candidate than John Cryan as the new Chairman of the Company.

Richard Berliand, who, as Senior Independent Director, is responsible for leading the planned succession process, said: “John has deep financial and regulatory experience gained at leading organisations and is the right cultural fit to chair the Board. He has strong credibility both within the business and with all our key stakeholders. He is therefore the unanimous choice of the Committee and the Board.”

Lord Livingston said: “Deciding to step down from Man after almost four years on the Board was a personal decision and the right timing for the Company. New governance rules mean there is a nine year limit on Board tenure and I felt it was important to allow John sufficient time in the role. The Company is in a strong place and I wish the Board, Luke, Mark and Man Group all the best for the future.”

Luke Ellis, Man Group CEO, commented: “It has been a pleasure to work with Ian since he and the Board appointed me as CEO. He has a real breadth of corporate experience and his insights have been incredibly valuable to me and the Company. Ian will remain a friend of the firm and, on behalf of everyone at Man Group, I wish him well in his future endeavours both in the corporate world and in the House of Lords.

“The strategy for the firm remains unchanged as we continue to strengthen and diversify our business to the benefit of our clients and shareholders.  We are delighted that John will be taking on the role of Chairman. He has already been a great contributor on the Board and I look forward to continuing to draw on his extensive experience of the global financial services industry in the years to come.”

John Cryan commented: “I am delighted to be taking on the role of Chairman, working closely with the Board and the executive management team to guide Man Group through the next phase of its journey. My time on the Board has already shown me that the Company is well positioned to capitalise on its first-class technology and investment expertise, cementing its position as one of the world’s leading active investment managers.”

John is the current Chairman of XCyber Group Ltd, having previously been the CEO of Deutsche Bank AG from July 2016 to April 2018 and co-CEO from July 2015.  Prior to this, John held a number of senior roles at UBS AG over a career spanning more than 25 years with the banking group, during which he served as Group CFO as well as Chairman and CEO of UBS AG EMEA.

Going forward, John will chair the Board’s Nomination Committee, and will step down from the Audit and Risk Committee, both with effect from 1 January 2020. John is independent on appointment.

You can read the full EMG archive by clicking the EPIC code.