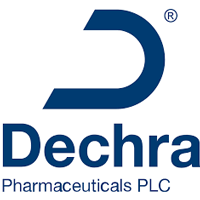 Dechra Pharm (LON:DPH) announced that Richard Cotton, the Company’s Chief Financial Officer, has informed the Board of his decision to leave the Company immediately for personal reasons.

The Board has agreed that with immediate effect Richard will resign as Director and relinquish his current responsibilities but remain available to the Group until 28 June 2019. The Company would like to thank Richard for his contribution during his service and wish him well for the future.

The search process for a replacement has commenced and a further update on this will be made in due course. In the interim period, Paul Sandland, DVP EU Finance Director, will assume the role of Acting Chief Financial Officer until a permanent successor to Richard is appointed.

Trading across the Group has continued to witness growth and is in line with management expectations as we stated in the Half Year results released last month.

The Company expects to release its next Trading update in July, ahead of its Annual results scheduled for publication in September.

You can read the full DPH archive by clicking the EPIC code.