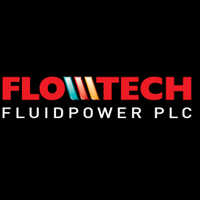 Q1: Flowtech Fluidpower PLC announced their final results for the year ended 31st December 2016, how do they look?

A1: Yes, it was a reasonable set of numbers. To put it into perspective, the operating environment for these guys has been very difficult, the oil and gas market hasn’t been there for the last 18 months or so, so the industrials market in the UK has been difficult through 2016. Flowtech has grown its top line by 20%, this has been driven by acquisitions, they did 3 acquisitions during 2016, a 20% revenue growth equated to about 10% operating profit growth and 6% or 7% growth at the PBT line which, again putting into perspective the difficult market, was a very reasonable result I think.

Q2: They also provided a first quarter update, does that give us any indication of how they’re looking for the rest of the year?

A2: They’ve announced that they’re going to start putting out quarterly trading statements to give people more visibility on what’s going on in the business because there’s such a short order book for the business. So, they’ve released their first Q1 trading update, it’s pretty strong and the group revenue was up 32%, this has been driven a lot by the acquisitions that were undertaken last year. The core Flowtech Fluidpower distribution business has grown revenues of about 11% and that’s primarily due to an acquisition coming through but also due to price increases as they’ve offset the cost pressures that have come through from the weakness in sterling. So, taken on face value 32% growth in Q1 you can extrapolate that out and annualise it for the year, gets you to about £70 million revenue, I’m at 65.5, you need to adjust slightly because revenues are generally stronger in H1 than H2, looks like they’re on track to hit full year ’17 numbers currently.

Q3: So, how soon do you think it will be before they start making more acquisitions?

A3: It’s an interesting one was because they actually came back to the market in March and raised £10 million of new funds, solely for the purpose of undertaking acquisitions. Since coming to market in May ’14, they’ve done 7 acquisitions, the market is very fragmented, currently they feel there’s over 20 opportunities of potential acquisitions. They’ve come back to the market, they’ve raised £10 million so net debt forecast for full year ’17 is only sort of £5 million which is .6 times EBITDA so the balance sheet looks really strong having topped up with this cash. They’re going to use that cash to make acquisitions and it sounds like there’s plenty they can do so I’d expect acquisitions, hopefully, within the next few weeks.

Q4: With all that said Andy, what affect do this have on the valuation for Flowtech Fluidpower PLC?

A4: Initially, the fundraise has diluted earnings but even so, the company is still trading on less than 10 times earnings current year and that’s without the benefit of any acquisitions which will add to the earnings going forward. So, I think, hopefully, 2017 if you get a strong operating backdrop that we’ve seen in Q1, if that flows through for the rest of the year then you add to that and with acquisitions, you should see good earnings growth which should lead to multiple expansion on that 10 times. So, if you could get 5% earnings growth on top of what we’re already assuming plus a multiple expansion from 10 to 12/13 times, which doesn’t look unreasonable when you look at the peers, you could see a really strong share price performance during the year.