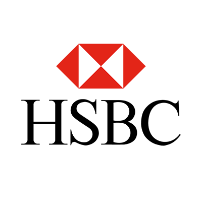 •   Growth in both loans and advances to customers and customer accounts, up 4% and 2% respectively on a reported basis compared with 3Q18, and up 7% and 5% on a constant currency basis.

•   Global Banking and Markets (‘GB&M’) performance continued to reflect low levels of client activity in Global Markets, although our transaction banking franchises delivered a resilient performance. In 3Q19, GB&M’s adjusted revenue in Asia increased by 9% compared with 3Q18 and represented over 50% of total GB&M adjusted revenue.

•   Continued strong capital levels, with common equity tier 1 (‘CET1’) ratio of 14.3%, including the completion of a $1bn share buy-back.

•   Profit attributable to ordinary shareholders in 3Q19 down 24% to $3.0bn, reflecting challenging market conditions. Return on tangible equity (annualised) (‘RoTE’) for 3Q19 of 6.4%.

•   Reported revenue down 3% to $13.4bn, due to lower client activity in Global Markets, compared with a strong 3Q18. In RBWM, continued growth in Retail Banking was broadly offset in insurance manufacturing due to higher adverse market impacts of $177m, while revenue increased in CMB and GPB. Adjusted revenue down 2% to $13.3bn.

•   The reduction in revenue included an adverse movement in credit and funding valuation adjustments in GB&M of $196m, while the adverse impact of hyperinflation accounting in Argentina in 3Q19 was $132m, compared with $304m in 3Q18.

•   Reported change in expected credit losses (‘ECL’) increased by $0.4bn, mainly on unsecured lending in RBWM and higher charges in CMB in the UK and Hong Kong. ECL in 3Q19 included a charge to reflect the economic outlook in Hong Kong.

•   The revenue environment is more challenging than in the first half of 2019, and the outlook for revenue growth is softer than we anticipated at the half-year. As a result, we no longer expect to reach our RoTE target of more than 11% in 2020.

•   We will act to rebalance our capital away from low-return businesses and adjust the cost base in line with the actions we take.

•   These actions, or any continuing deterioration in the revenue environment, could result in significant charges in 4Q19 and subsequent periods, including the possible impairment of goodwill and additional restructuring charges.

•    We intend to sustain the dividend and maintain a CET1 ratio of above 14%.

“Parts of our business, especially Asia, held up well in a challenging environment in the third quarter. However, in some parts, performance was not acceptable, principally business activities within continental Europe, the non-ring-fenced bank in the UK, and the US. Our previous plans are no longer sufficient to improve performance for these businesses, given the softer outlook for revenue growth. We are therefore accelerating plans to remodel them, and move capital into higher growth and return opportunities.”

You can read the full HSBA archive by clicking the EPIC code.

HSBC outlining a revised plan to increase returns for investors