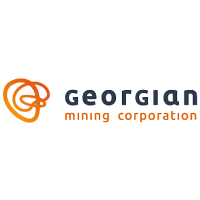 Q1: Now Greg, Georgian Mining Corp have announced some further drill results from Kvemo Bolnisi today, can you talk us through the highlights of this news?

A1: Today’s announcement is the first main batch of deeper drill holes that we’ve undertaken on Kvemo Bolnisi (KB), the target we’ve been referring to is Gold Zone 2 and this was an area that we started doing work on a couple of months ago, at the same time that we were drilling the copper resource in the Copper Zone a little bit further south. It’s an area that we’d done some soil geochemistry work, we’ve had some interesting gold anomalies so we decided to get a dozer out there, we took the top layer of dirt off, did channel sampling and had some fantastic channel sampling results back up in the vicinity of 24 metres at 3 grams, 100 at 1, 100 at 1.

So, we got access to a small drill rig that our contractor had, we didn’t want to interrupt the drilling that was going on on the copper, a small rig that can drill vertical holes down to 20 metres, we put holes in wherever we were seeing the high-grade returns on the channel sampling, they were the first 7 holes that we released a few weeks ago. So, very promising gold results again from surface, 20 metres at 2 from surface down to 20, 14 at 2 from 5 to 20, 12 at 1.3 from 8 metres to 20, similar to a lot of the gold oxide areas we see around Kvemo Bolnisi in that the mineralisation occurs from surface but this one a bit more promising because the mineralisation continued further to depth. So, having tested the mineralisation down to 20, we the decided to do an additional 30 holes which saw us testing down to, predominantly 40-50 metres but then we’ve also done a few deeper holes and it was one of those that we announced last week with the exceptional high-grade intersection of pretty much gold mineralisation, 1.5 gram gold from surface down to 25 metres, .7 gram gold from 30 down to 46 and then we had that fantastic copper intersect of 16 metres at 15.5% copper including 5 metres at 40% which was obviously a very exciting result for the company.

The results we’ve put out today, the same batch that included that high-grade one, we put the high-grade one out a little earlier just because of exceptional nature of the result, it was one of these pieces of core that you could tell just by looking at it that it was going to be significantly higher-grade and we just, from a regulatory perspective, wanted to make sure we got that out quickly. The rest of the batch we’ve released today, again, all very very exciting results, we’re seeing that gold mineralisation from surface down to in some cases 40/50 metres and then excitingly for us, we’re then seeing a continuation of this copper mineralisation at depth and this is important when we start putting the pieces of this project together.

We put out another announcement last Monday that was the resource upgrade for the copper target at KB, a 2.2 million tonne JORC resource at .8% copper with an optimised in-pit 1.2 million tonnes at just over 1, that was an important milestone for us because that effectively triggers the discussions with our partner on the economics and timing of moving that copper zone into production. What the results, subsequent to that, have done though is we’ve been attacking KB as 3 separate distinct zones, now the drilling that’s been done, the geological interpretation work that’s been done by, we brought in an expert, Greg Corbett who’s looking at the interpretation and we’re putting together a new model for the area.

The drill results we put out today, in combination with the high-grade copper intercept last week, what that’s doing is that’s putting together, I guess, the pieces in that we don’t think we’re now dealing with 3 separate distinct ore bodies, we think the potential is here that we have 1 big open-pit footprint, potentially 1km by 1km. Now importantly, we’ve only tested the depth extent of the mineralisation down to around 150-200 metres, most of the holes that we’ve drilled have ended in mineralisation as well so we’re still dealing with the mineralisation opening all directions and at depth. So, the potential here, we set an exploration target at KB last year of 50 million tonnes, now that was based on the drilling we’d done and based on the similarities of what we see at KB with the Madneuli mine which is only 7km away and has produced already 80 million tonnes over the last forty years. With the separate components of this ore body now being pieced together, and as I said potentially merging into 1 big open-pit footprint, we think the potential here is that we’ve got a new discovery and it could be even larger than what we’d originally thought. So, very exciting, very positive news, very good drill results, everything moving forward as we as we could have planned at the moment.

Q2: So, how does this news change Georgian Mining’s development plans? What should we be expecting over the coming months now?

A2: We set ourselves three main targets late last year: the first was to achieve an initial 2 million tonne resource, predominantly on the copper, to trigger the finalisation of the production discussions. The next target was 3-5 million tonnes over KB, including the gold and the copper. We’re well on our way to meeting that target and the third was then the larger discovery and a sub-set of those targets was then the production.

We’ve got our first one to 2 million tonnes on the copper which allows us to now look at the specifics of the timing of moving that into production to start feeding our partners’ float plants 7km away at Madneuli. The next step on the gold target is with these results and the next set of results expected shortly, we will put together a JORC resource on the gold oxides which we then expect will provide us sufficient resource to be able to move that very quickly into production as well. The benefit on the gold is, of course, it occurs at surface, it’s a type of mineralisation that’s been mined in the area for many many years, we’ve almost completed our metallurgy work and the met work on the copper and the gold suggests it’s going to be amenable to going through the float plant and through the heap leach.

So, over the coming few months, we will have more gold results, we’ll have the gold resource, we’ll have the further upgrade of the copper resource, we’ll have the final terms and the timing on the production on both the copper and the gold but I think more importantly, I think we’ll have a much better idea of the scale over the coming months. Having access to near term production is fantastic, it provides us a proof of concept, the validation of what we’re doing and importantly it’s going to generate cash flow that can then be used to fund the overall exploration and development programme. Given what we’re now seeing at Kvemo Bolnisi, we think the most exciting part of this project is that we have potential to be dealing with a new discovery and something that justifies significant mining in its own right with a multi-decade mine life. Again, remember KB is only 1 of another 14 targets we have on our 860 square kilometres licence area, a couple of the others we’ve been done a little bit of work in the background as well and we’re very excited about continuing the work on those over the next 3-6 months as well.

We believe there’s potential here for not just one major discovery but multiple discoveries so there’s a lot of work going on, a lot of news flow over the next 3-6 months but all very very exciting times.