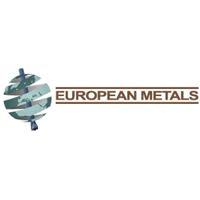 European Metals Holdings Ltd (LON:EMH) Managing Director Keith Coughlan caught up with DirectorsTalk for an exclusive interview to discuss the granting of three key permits for the Cinovec project and the recent PFS study

Q1: European Metals Holdings have made a release today with regards to the granting of various permits, how important is this to the company and the project?

A1: Well, it’s very important from a couple of different perspectives, all 3 of the permits or licences that we’ve announced today are important in their own right.

Firstly, we’ve received our preliminary mining permit for the majority of the Cinovec deposits so that’s clearly important permit to receive and paves way for a full mining licence when we get there, it allows development access, building infrastructure and all that sort of thing.

Secondly, we’ve received an exploration permit, another exploration licence, for the ground immediately south of the main deposit and that’s also important, we won’t be doing any exploration there in any sort of a hurry but it’s important for access for the adit, further infrastructure and that sort of thing.

Thirdly, we’ve received the permit to de-water the mine so when the mine was shut and we ceased operations there, there’s been ingress of water for some years, the mine is flooded to quite a high level and we obviously need to get all the water out before we can recommence mining and operations. So that’s a very important permit for us to receive, what’s also important from the point of view of that permit is that it gives an indication of where we are in the environmental assessment, obviously, we’ve had to have to water tested and assessed to make sure it contains no toxins and the fact that we pump it out into the river system there is a distinct positive.

So, each licence is important in its own right but also just the fact that we’re getting permits through, licences through in an orderly and timely fashion gives a lot of comfort that the process in the Czech Republic is going along well and it illustrates the support that we have within the country to develop Cinovec.

Q2: Now, we haven’t spoken since the release of your PFS two weeks ago and there seems to be some questions arisen from that release. Firstly, what was the PFSA based only on a small portion of the resource?

A2: I’ve had this question from a couple of shareholders. So, what happened was at the start of the PFS, we ran the assumption about the production number, what would be an appropriate figure for us to work towards as a new entrant into the lithium market, and 20,000 tonnes, or thereabouts, was the number that we deemed appropriate at the time. That translated quite neatly to an underground mining throughput of just a little below 2 million tonnes per annum so a reasonable size underground mine.

Two things have happened since then, firstly we’ve had two very significant increases in the size of the resource at Cinovec, the one in November last year and the one in January this year, which have increased the size of the resource indicated and inferred substantially which obviously makes the mining area, or the PFS area, smaller by comparison. The second thing that’s happened is that the lithium market has got stronger and stronger, greater demand and both of those point to the fact that we should be looking very carefully at an expansion study now that we’ve finished the PFS and that’s something we’ll be looking to do. So, both the project and the lithium market can support, we believe, significantly greater potential production from Cinovec so we’ll be looking at what stepping up the production rate would do to the economics of the projects so that’s an important study for European Metals Holdings to conduct in the next few months.

Q3: Another question that has arisen is why the cost per tonne of lithium carbonate is higher than anticipated to be in the scoping study?

A3: Yes, also a question I’ve had from a couple of people as well and there are two main reason to this, firstly, the overall cost of production for every lithium project on the globe has increased fairly dramatically in the 2 years since we concluded that scoping study. For example, 2 years ago the lowest cost of production of then producers was SQM at around $2,000 a tonne and they are quoted these days, in most of the charts you see, as having operation costs of around $3,000 a tonne so about a 50% increase in their costs per tonne of carbonate over the last 2 years so quite a significant increase. So, I think it’s fair to say that everyone has had an increase in their costs and I’m sure it’s not just in the lithium space, I presume it’s right across the boards for mining companies so that’s the first thing.

The second thing is when we began the scoping study, the tin price was $22,500 a tonne and the lithium carbonate price was around $6,500 a tonne, when we started the PFS the tin price had dropped to around $14,000 a tonne and the lithium carbonate price had increased to about $8,000-8,500 a tonne. So, the relative middle price has suggested that what we should be doing was to look at the higher grade and shallower lithium parts of our deposit rather than the more tin-rich areas so the PFS has been conducted on the northern part of the deposit which has already been mined of tin. Consequently, there’s less tin there, less tin as an end product, so it makes a smaller contribution to the bottom line and that has the effect of increasing the cost per tonne of lithium carbonate, it doesn’t actually effect the overall cash flow of the project, that’s roughly the same, but it does make it look like the lithium carbonate price per tonne is higher. At the end of the day, the trade-off there is the world wants lithium more than it wants tin, currently, so I believe it’s well worth our while to concentrate on the higher grade and shallower lithium areas even though it makes it look like a slightly higher cost per tonne of production.

So, those two factors are the main reasons behind the scoping study numbers and the PFS numbers being so different on cost per tonne.

Q4: Following on from that then, why have European Metals Holdings chosen to use sodium sulphate roast and not the L-Max process as used in the scoping study?

A4: Sure, we commissioned an independent study to look at this specific comparison, there’s about 6 processes that we investigated for Cinovec over the past 18 months and narrowed it down to these 2 processes, the sodium sulphate roast and the L-Max process we used in the scoping study. The independent study, that we commissioned at the end of last year, demonstrated to us that the sodium sulphate roast was going to be cheaper for us, both from the point of view of capex and from the point of view of opex. Now, it may not look like that when you compare the L-Max numbers, which were scoping study numbers, with the sodium sulphate roast numbers that are currently PFS numbers but the difference there is, as I say, the two factors of the bio product credits and the overall increase in cost.

So, sodium sulphate roast is the way we’re going, it is better for us from a capex point of view, from an opex point of view, speaking with people in the industry like we have now it’s more acceptable to them and is a less complicated process.

European Metals Holdings Ltd (LON:EMH) is a mineral exploration and development company engaged in the exploration of tin and base metals. The Company is primarily involved in the development of a lithium and tin project in the Czech Republic. The Company’s project includes Cinovec Lithium/Tin Project located approximately 100 kilometers north west from Prague on the border with Germany. It is located in Cinovec-Zinnwald mining district.