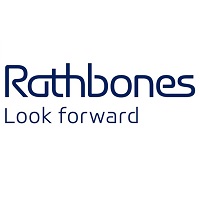 The initial consideration of £104m for the acquisition was satisfied through £79m cash and the issue of 1,006,522 new ordinary Rathbones shares[1] to Speirs & Jeffrey shareholders. Such shares are locked up for 3 years from completion and will be subject to ongoing employment conditions for the sellers.

Following Admission of the Initial Consideration Shares Rathbone Brothers Plc will have 55,180,061 Ordinary Shares of 5p each in issue. Therefore, following Admission of the Initial Consideration Shares the total number of voting rights in the Company will be 55,180,061, and this Voting Rights Figure may be used by Shareholders as the denominator for the calculations by which they will determine if they are required to notify their voting rights interest, or a change to that interest, in the Company under the FCA’s Disclosure Guidance and Transparency Rules.

[1] The number of shares is calculated based on the average share price over the ten day period prior to 14 June 2018 of 2484p with value equating to £25m. The Initial Consideration Shares are contingent on continued employment of the recipient, and therefore the value of these will be charged to profit or loss over the required employment period in accordance with IFRS 3. The Initial Cash Consideration will be capitalised.

You can read the full RAT archive by clicking the EPIC code.