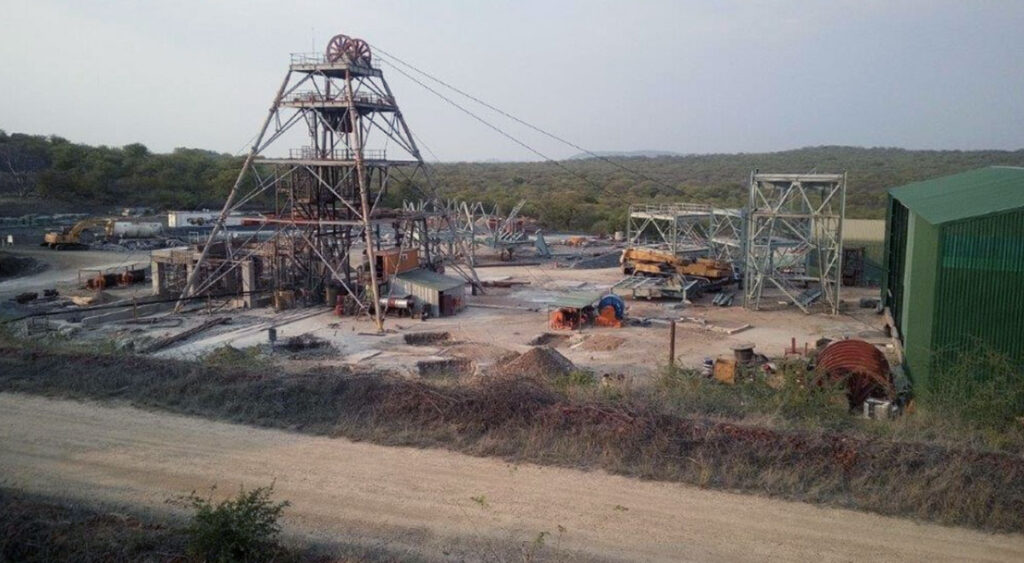 Caledonia Mining Corporation plc (LON:CMCL) Chief Financial Officer Mark Learmonth caught up with DirectorsTalk for an exclusive interview to discuss their latest results, the drivers behind the cost per ounce increase, central shaft progress, dividend increases and what investors expect for the rest of the year.

Q1: Results just published for the quarter and the nine months ended 30th of September, what do you consider the highlights for the period?

A1: Well, we’d previously announced the production for the three months, the nine months was very strong so we did over 15,000 ounces in the quarter, nearly 43,000 ounces year to date. On the back of that, we decided to increase production guidance slightly from sort of 55-ish thousand ounces up to about 56/ 58,000 ounces.

That in itself is not a really significant step up but I think in the context of people’s concerns about this coronavirus thing, I think it just proves the point that COVID had had no effect on the mine and far from it, actually, we’re going from strength to strength. So, production was very strong.

Revenues up very strongly, about $5 million and that actually excludes nearly 2000 ounces of gold, which we had s basically sitting in the safe and delivered on the 1st of October. So, gross profit was, again, up very strongly, up from about $8.5  million in the third quarter of 2019, up to over $12.5 million dollars for this quarter. That flowed through into adjusted earnings per share, which more than doubled from just less than 16 cents in the corresponding quarter of 2019 to over 34 cents in this quarter. So, a very strong quarter.

Also, the cashflow, the cash continues to be generated and to come out of this business at a good rate so all in all, it’s a very good quarter.

Q2: Now, I notice cost per ounce increased, can you just explain for us what’s driven that increase?

A2: So, cost per ounce increased at the mine from about $686 an ounce in the corresponding quarter 2019 to just over $750 and that really reflects about $1 million of extra costs at the mine and that $1 million broadly splits into two.

So, half of it relates to the costs of dealing with coronavirus and also in the quarter, we had to run the gen sets rather more than usual. Clearly, we can’t control coronavirus or the gen sets, that just reflects the continued difficulty with the power supply situation in Zimbabwe but, as you may know, we’re embarking on a solar project, which will reduce our dependence on the grid. So, we have a plan to deal with that.

At the order sustaining cost level, that went up rather sharply from $817 an ounce to just over $1,100 an ounce and that was largely due to obviously a higher royalty because the gold price is higher,  we pay a slightly higher royalty.

We got hit very hard by a massive increase in our directors and officers insurance premium which increased from sort of $80,000 a year to nearly $1 million a year. I hasten to add that’s not because there’s any change in the risk profile of the business and it’s not because we’ve made a claim, it reflects a very drastic tightening in the market as apparently some players have withdrawn,  previously the premiums probably were a bit low, just an increased very conservative approach by the insurers. We know we’re not the only small mining company that’s been caught by this but I suspect we’re probably the first one to report it so that’s explained the costs.

Stripping those out, the actual underlying cost performance of the business is very strong, we’re very pleased with it.

Q3: I guess everybody’s going to ask the question, what can you tell us about the progress being made on the central shaft?

A3: So, the coronavirus did have an effect on the central shaft project. The supervision team at the mine, they were South Africans, and during the lowdown period half of that team decided to go back to South Africa and the other half, interestingly enough, decided to stay at the mine for a period of many months.

That meant that the progress in equipping the shaft was slowed down and also, we needed to get specialised equipment and specialised personnel up from Johannesburg to the mine to do specific tasks and because of the restrictions on transport and travel, we just couldn’t do that so that also introduced a delay. The third factor is that we had to reduce the loading  factors in the cages, the lifts, which we use to take workers as underground, which meant that we couldn’t take as many underground as normal. So, we focused on, production, not development and so that also added a delay into development that we need to do underground to connect up to the central shelf.

What that means is that the central shaft will be equipped and completed by the end of this year, in the first quarter of next year it will start being commissioned and thereafter, we can have the production ramp up. So, what that means is that the production ramp has been delayed, whereas previously we were looking at production in 2021 of about 75,000 ounces, now we’re looking at anything between 61,000-67,000 ounces. The guidance for 2022 onwards remains at 80,000 ounces.

So, it’s just a short term timing issue which clearly is factored beyond our control but we’re still making good progress and we’re very pleased with that.

Q4: I was just going to say, has the delay had any effect on production guidance for 2021?

Q5: Now, the dividend has increased again, can we expect this trend to continue?

A5: Yes, the dividend has increased, let’s not pass over that quite so quickly. We’ve had three dividend increases in the course of the year, we’ve increased it from 6.78 cents to 10 cents, that’s a 45% increase.

I think this should come as no surprise to anybody, we’ve always consistently said that as the performance of the business improves, we intend to share that performance with shareholders, of which I’m one. So, there should be no nice surprise that as the financial position in the company improves, largely at this stage because of the high gold price, but going forwards because the high gold price and increased production, will increase the dividend.

We’re only in the foothills, the foothills of where this business is going in terms of increased cash generation so investors and shareholders should expect further increases in the dividend.

Q6: Just talking about expectations, what can investors expect for the rest of the year from Caledonia Mining?

A6: The next dividend announcement will be right at the beginning of January, I think actually it’s scheduled for January 1st, which clearly won’t happen so it’ll be January 2nd so people might want to look at for that.

We’ll be announcing the completion of the central shaft at the end of this year which will be a big milestone for us then over the course of 2021, there should be a progressive quarterly increase in production as we get through that commissioning phase and as we do the ramp up.

Clearly further dividend announcements in the course of 2021 and hopefully we should start to make some further progress on getting our hands on new opportunities in Zimbabwe. Initially, those could be quite small, they could just be getting access to do exploration on new properties, but it’s going to be a step in the right direction.

So, I think 2021 will be a very, very transitional year for us, both in terms of production, cash generation, but also building a pipeline for further growth over and above the 80,000 so I would expect us to be in a very different place this time next year. A very different but better place.