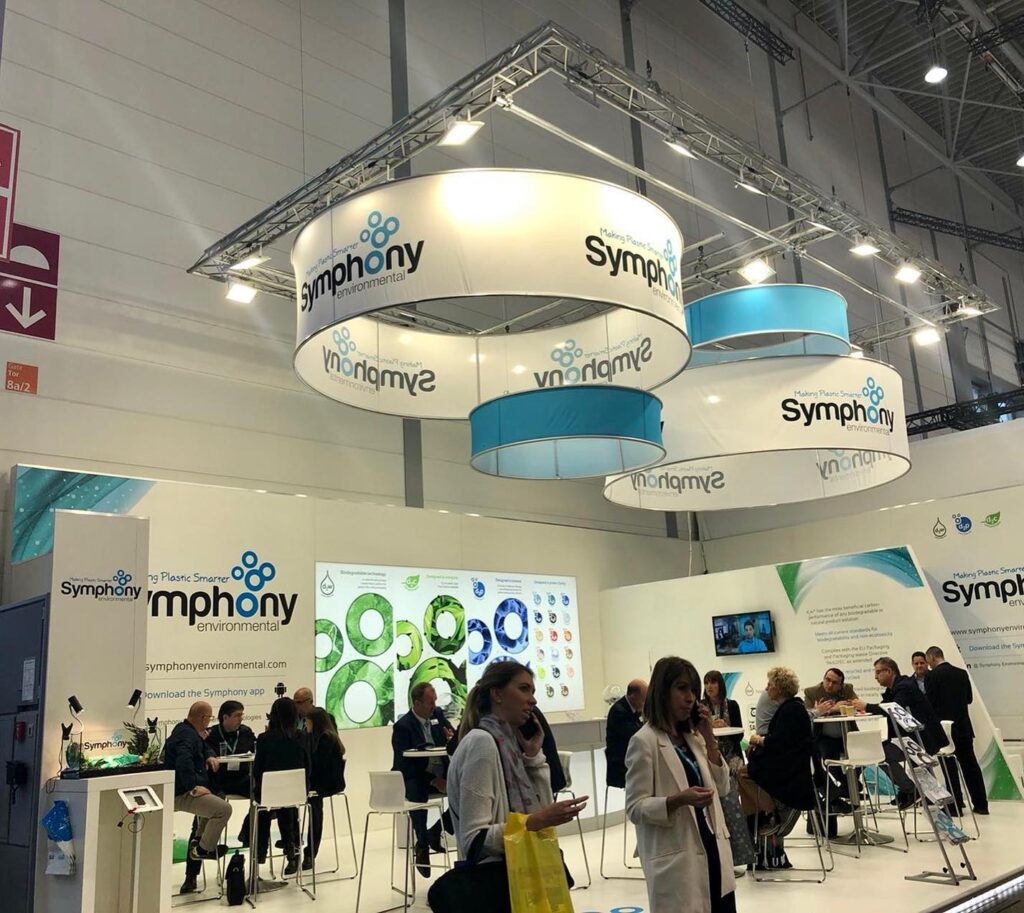 Symphony Environmental Technologies plc (LON:SYM) is the topic of conversation when Hybridan’s Director of Corporate Broking Niall Pearson caught up with DirectorsTalk for an exclusive interview.

Q1: For those that have not yet come across Symphony Environmental, could you just tell us a little bit about them?

A1: The company are quoted on the AIM market, they’ve been around for a number of years. Their bread and butter is essentially an additive technology that goes into materials such as plastic that can really change the speed of that product decay. Ultimately, the end result is making it 100% biodegradable in the open environment so oceans, rivers and land.

The technology as you can imagine is incredibly high tech, it’s really underpinned by over four decades of scientific data behind it so it’s certainly well proven. The way it works, it’s very small quantity so just 1% of their additive is introduced into the manufacturing process of products before they hit the supermarket sells for example. These products with the additive in it can have numerous applications, anything covering from antiviral or antimicrobial and of course 100 biodegradable.

As I’m sure you can probably ascertain, it’s an incredibly regulated market and the company certainly ticks a lot of boxes in that respect, they’ve got their US FDA approval and also similar approval in Canada as well.

Q2: Now, they had some important news out this week about their operations in India. Can you tell us about that?

A2: It was a very important update and I think it certainly reinforces to investors that the company has a global footprint, the market certainly saw and understood that. Their shares had a good rally up 20% so it’s always good to see messages resonating in this current environment.

They have a great relationship with their JV partner Indorama which, of course, is a global chemical company and that JV forged really that major expansion into India, it’s moving along very nicely, it only really completed in February.

I think India is a great example of how a country which has a very real plastic problem but I think more importantly is doing something very logical and realistic about how to manage their solutions. So, India has nearly have about 10 mega tonnes of plastic waste annually which is huge, a mega tonne is a million tonne, and I think more importantly, 40% of that waste is not collected and to manage that the government have really put out some pretty aggressive targets as part of their plastic pact to ban single use plastic.

It’s good to see the adoption of big companies such as Amazon and Coca Cola have signed up so mandating that all plastics have to be biodegradable, coupling that with SYM having a foot in the door of that country, really opens up a wealth of commercial opportunity. So it’s a very exciting time for them.

Q3: How has the company faired through the COVID situation?

A3: I think they’ve been incredibly resilient through the pandemic and just the general market backdrop, I think COVID has certainly changed the narrative on hygiene. Consumers are starting to realise that the paper bags we were told to all buy actually produce more waste than plastic bags, they’ve got a worst carbon footprint in the production process and those cotton shopping bags sold at £10 pounds are actually a real hotbed for bacteria and COVID.

So, the rhetoric is becoming less around banning plastic altogether, but more around how do we manage the plastic problem better which is their sweet spot. The company were incredibly nimble in their product offering, obviously they’ve been experts in biodegradable plastics for a number of years, we had lots of PPE coming through into hospitals, and they were thinking why can’t we expand our technology to make that equipment, antimicrobial, antiviral such as gloves which they manage to add their technology in those products to kill COVID in less than 10 minutes. That level of innovation in such a short space of time is quite staggering really. Again, the market reacted quite well to them, shares were up 50% last year, and the year before that in 2020, in the midst of COVID, there were up nearly 150%.

The challenges that they’ve had haven’t really been COVID-specific, they’ve been more widespread and not really unique to the company so what we’re seeing across all small companies right now is high shipping costs, logistical delay, we’re seeing a lot of knock on effects in small caps.

Saying that, the company have done a great job in trying to manage that, they’ve done a lot of investment in their logistics team to try and get ahead of the curve and anticipate those issues before they happen. Those challenges aren’t going to last forever, we’d expect them to subside soon, I hope.

Q4: Finally, what can investors look forward to in the future for Symphony Environmental?

A4: Well, all the news flow that’s been coming out from the company over the past few months, I think the market is really starting to understand that they’re at a real inflection point and certainly have been doing a great job in laying the foundations for mass commercial adoption of their technology.

So, the company have said to the market that they have several of these deals nearing closure with major products in the mix so it’s a very exciting time for them as they’re moving to create a commercial scale.