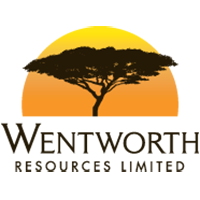 The good news in these results is the fact Wentworth is seeing good cash-flows from the domestic sales of gas from MB-3. Further, Wentworth Resources Ltd has reported that industrial consumer demand for natural gas in Tanzania is moving in a very positive direction, with new demand being generated from the Dangote cement plant (30-40 MMscf/d) and resumption of operations at the Symbion power plant (20 MMscf/d)

Demand from Tanzania’s gas fired power plants is also set to increase. The expansion of the Kinyerezi I power plant and planned commissioning of the 240 MW Kinyerezi II power plant in 2018 all point to very healthy demand for Tanzania’s domestic gas producers.

Investors, and indeed analysts, that are interested in Tanzania’s oil and gas sector are now benefitting from the increased reporting transparency that Wentworth, AMINEX and Solo are providing the market with.

It is fair to say that as these three companies, following their move into production, have enabled investors to understand much better the timeframes and processes involved in taking gas acreage in Tanzania from discovery into production. The pricing, supply and demand fundamentals of Tanzania’s gas sector are now much better understood by the market because of the presence of public listed companies such as Wentworth, AMINEX and Solo and their active presence in the Tanzania market.

With that in mind, the market should get ready for the spudding of Ntorya-2.  The timelines for Ntorya-1 were extended by changes in ownership, two stages of deepening and a rigless test;

The market took little notice of the 27th February announcement of a gas discovery, which was surprising, however, that changed quite soon. The 30th April update, when news broke that Ntorya-1 was a potential commercial discovery, saw an uplift in the shares of both AMINEX and Solo.

AMINEX saw its share price rise from 3.54p on the 1st May 2012 and reached 4.57p on the 1 July 2012, an increase of 29%. Flow through valuation to Solo was somewhat muted, but given Solo’s size today (about a third of AMINEX) the same fundamentals should apply and Solo’s share price lift should mirror that of AMINEX, should Ntorya-2 enjoy the same success as Ntorya-1.

What we know is that Ntorya-2 will spud in December this year and based on previous reporting, but taking into account the simpler well and a test with the rig still in place, it is likely that a potential gas discovery will be announced around March 2017, but it could well be sooner.

We are now in the investment horizon for Solo and AMINEX

AMINEX may be seen to be well priced, but Solo with 25% of the Ruvuma prize has a considerable upside.  Neither company has much downside risk as Ntorya is already commercial; now it’s all about the ultimate size of the prize.

But there is a further twist to this story.

Back in August this year, Tanzanian minister for energy and minerals, Sospeter Muhongo, announced that the government will invest at least US$30bn for the construction of a gas processing plant in the Lindi region to handle gas from 200 km offshore.

The planned site will sit approximately 60 kilometres from Ruvuma. Remember the Mnazi Bay to Dar es Salaam gas pipeline is already operational and will link easily into the Lindi gas-processing site, given the pipeline already passes via Lindi. Conveniently, the Ntorya field is circa 20km from the pipeline. In short, it is far easier, far quicker and less costly to plug Ruvuma’s gas into pipeline infrastructure than it is for the offshore gas fields to be plugged in.

What that means ultimately is that gas from Ruvuma can be distributed to Lindi for export.

It is really important for investors to see this opportunity as the Ntorya-2 Well, in my view has a really high probability of demonstrating a further commercial upside on the existing Ntorya-1 discovery, which would add huge value to the field and naturally add to the value of AMINEX and Solo.

Asian investors who are hungry for Tanzania’s gas may take the view that it is better to invest in Ruvuma via AMINEX and Solo, to secure export gas, rather than investing in Tanzania’s offshore gas sector where costs for gas discovery are significantly higher and the timelines to monetisation much longer.

You can read the full AEX SOLO WRL archive by clicking the EPIC code.