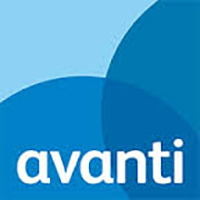 With the launch of new Ka-Band service on Hylas-2, TS2 is proud to introduce latest technology to customers in Iraq, Syria and Armenia. New service allows downlink speeds up to 20Mbps, five times the previous maximum, using a smaller antenna. Higher performance is gained at a much lower cost, which allows up to four times higher connection speed at the same cost, if compared to previous Ku-band service, without compromising connection reliability and stability.

Avanti Communications Group plc (LON:AVN) connects people wherever they are – in their homes, businesses, in government and on mobiles. Through the HYLAS satellite fleet and more than 180 partners in 118 countries, the network provides ubiquitous internet service to a quarter of the world’s population. Avanti delivers the level of quality and flexibility that the most demanding telecoms customers in the world seek. Avanti is the first mover in high throughput satellite data communications in EMEA. It has rights to orbital slots and Ka-band spectrum in perpetuity that covers an end market of over 1.7bn people.

The Group has invested $1.2bn in a network that incorporates satellites, ground stations, datacentres and a fibre ring. Avanti has a unique Cloud based customer interface that is protected by patented technology. The Group has three satellites in orbit and a further two fully funded satellites under construction.

You can read the full AVN archive by clicking the EPIC code.