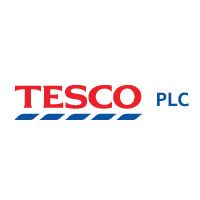 Tesco PLC (LON:TSCO) today announced that its subsidiary Tesco Overseas Investments Limited “Tesco” has entered into an agreement to sell to Alibaba Group Holding Limited (“Alibaba”) an 8.6% equity stake (on a fully diluted basis) in Lazada Group S.A. (“Lazada”), the one-stop eCommerce gateway for local and international sellers and brands to consumers in South East Asia, for gross cash consideration of US$129 million. Lazada and Alibaba announced today that they entered into a transaction that includes Alibaba’s investment of US$ 500 million in Lazada. Alibaba will become Lazada’s controlling shareholder after the transaction. The transaction equates to an equity valuation of Lazada of US$1.5 billion.

Tesco first invested in Lazada in November 2013 and prior to this transaction held a 19.6% equity stake (on a fully diluted basis) in the business, having invested £124 million to date (approximately US$200 million). Tesco’s remaining stake, after the transaction and taking into account Abruzzo’s investment of new funds, is 8.3% (on a fully diluted basis). Shareholders in Lazada, including Tesco, have also entered into a put-call arrangement with Alibaba, giving the buyer the right to purchase, and the shareholders the right to sell collectively, their remaining stakes at a fair market value within the 12 to 18 month period post closing of the transaction.

Tesco Plc will use its proceeds from the transaction for general working capital purposes. Tesco’s shareholding in Lazada was recognised as an available-for-sale financial asset in the financial year to 28 February 2015 and had no impact on Tesco’s operating profit in the year. As at 29 August 2015, the asset held a carrying value of £113 million in Tesco’s accounts, having been revalued at the prevailing foreign currency exchange rate.

You can read the full TSCO archive by clicking the EPIC code.