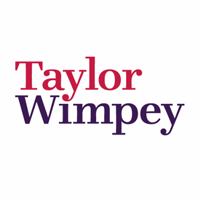 Pete Redfern, Taylor Wimpey plc (LON:TW) Chief Executive, commented: “Trading during the second half of 2016 and into the autumn selling season has been strong, with good levels of customer confidence and demand underpinned by a wide range of mortgage products. While there remains some uncertainty following the UK’s vote to leave the European Union, we are encouraged to see that the housing market has remained robust and trading has remained resilient. We have a strong order book position for 2016 and going into 2017, and we will maintain our focus on delivering our medium term targets. Looking ahead, we continue to implement our disciplined strategy which ensures that we are well placed to perform well through all market conditions and deliver enhanced value through the cycle.”

The UK housing market has remained positive in the second half of 2016, with a high level of customer confidence. Customers benefit from a competitive mortgage environment, with a wide choice of mortgage products available across a range of loan to value ratios.

Underlying trading is stable across our core geographies. Whilst the wider London market remains positive and in line with the rest of the UK, as previously guided the central London market has slowed during 2016. In Zones 1 and 2, prices have softened slightly at the upper end during the second half of the year, however there remain high levels of demand in this market.

As previously guided, build costs are expected to increase by c.3-4% during 2016 with the majority of cost pressures coming from labour where skilled resource availability has improved but not at the same pace as the increase in new home supply. Whilst we expect to see some impact on input prices from the moving exchange rate, we do not expect this to be significant due to the low level of direct imports.

We expect underlying build cost increases during 2017 to be at a similar level to 2016.

The land market remains positive. Whilst still exercising an appropriate degree of caution, following the EU Referendum and the associated economic uncertainty, we have continued to progress attractive land deals. In the year to 30 October 2016, we have added c.11,500 plots to the short term landbank at similar financial returns to previous years. With a high-quality short term landbank, which is at the optimum scale for our business, coupled with a continued strong conversion rate from our strategic pipeline, we remain focused on the quality of the individual sites and structure of commercial terms to add value.

The Spanish housing market has remained positive throughout 2016. The order book stands at 342 homes as at 6 November 2016 (week ended 1 November 2015: 258 homes). Whilst the weak sterling exchange rate has impacted British buyers, with a diverse customer base we continue to achieve a healthy sales rate. We anticipate that the Spanish business will deliver an improved operating performance in 2016 (FY 2015: £10.0 million operating profit*).

Following the recent issue of the €100 million private placement, which together with our £550 million revolving credit facility provides us with adequate committed funding for our liquidity needs, we have prepaid our £100 million term loan that was originally due to be repaid in installments by 2020. As a result, we expect to reduce our financing interest costs next year by at least £4 million.

Whilst the implications following the EU Referendum are still unclear, the UK housing market has remained resilient, with long term fundamentals underpinned by strong demand. Looking ahead, we remain confident that our business model and strategy focused on managing the business through the cycle positions us to perform well through all market conditions. We continue to focus on delivering our enhanced medium term financial and quality objectives, embedding our customer service processes and driving improvement in operational discipline. We expect to deliver an improvement in operating profit* margin in 2016 (FY 2015: 20.3%), as previously guided, and a return on net operating assets** of around 30%. We remain committed to the announced £450 million total dividend payment to shareholders in 2017.

* Operating profit is defined as profit on ordinary activities before net finance costs, exceptional items and tax, after share of results of joint ventures.

You can read the full TW archive by clicking the EPIC code.

Taylor Wimpey Results will be in line with expectations