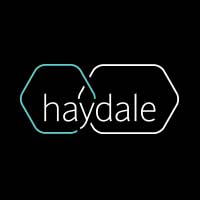 Q1: Before we get started, could you both give investors a little background on the companies? If we start with Haydale.

A1: We’re a specialist functionalisation service focused on graphene carbon and other nano materials to enable dispersions to happen so that the wonderful materials that we see in terms of nano can actually really really improve everyday materials that we look at and see today from airspace through cars, inks, coatings, paints, everything.

Q2: Neill, could you tell us a bit about Versarien?

A2: We’re a materials group and we have a number of subsidiaries, one that’s involved in metallic foams that are used in electronics devices. More recently, we’ve acquired a spin-out from the University of Manchester which is making the raw materials, they’re all 2 dimensional materials so the things that Ray was talking about.

Q3: The more astute investors quickly realised the connection between the two companies but could you expand a little on how the companies complement each other?

A3: As Haydale do not make the material and Neill does, our specialist technology really is an enabling one that brings raw materials up the value chain and improving their performance and capability. So we’re more of an enabling technology that helps companies like Neill’s make sales into the marketplace and that’s what we aim to do.

Absolutely, we’ve been working with Haydale for a while now and together we’re able to create material that probably neither of us would be able to do in isolation and that means we can make all these applications that you read about in the papers come to life.

Q4: So how did the companies meet?

A4: Well we floated at around the same time, not far apart and it’s a very small world in the materials world and I think every event I went to, Ray was there so it wasn’t long before we’d struck up a relationship. It seems like a natural fit for the companies to be working together.

Q5: You both recently attended the UK Graphene exhibit at Nano Korea, it was a long way to go but can you tell us a bit more about it and why it was important for both companies to go to this exhibition?

A5: I went to Nana Korea, which is a 3 day event in Seoul, this time last year and Haydale were the only British company on show. It was absolutely full and there were lots of people, mainly Korean and Japanese but not British at all and I just thought to myself ‘I can’t believe that there’s nobody here from the UK representing technology given that graphene was first isolated in UK and we’ve got manufacturing and functionalization capabilities’. So it was an obvious thing to do to bring some of the technology and the people we’ve got in the UK and take them to Korea and it’s been a fantastic success.

This is part of a much bigger picture. The UK is leading the way at the moment and we want to make sure that we continue to do that and the only way we can really do that is if the companies work together to really cease the opportunity that’s in front of us. So it’s really important and Ray told us about the exhibition a while ago and as Ray said it was a natural fit. Korea and the Far East is a big market for this, with the electronics industry where it is, and therefore we thought it was very very important to have a presence there.

Q6: So what we you actually trying to achieve there?

I echo that, I think from my perspective having been in country now for about a year, it was a reinforcement for people who we’ve already met, we’ve sampled a number of customers, we’ve got ten local classic house accounts now where they’ve taken samples, they’ve paid for them and we’re now into the next phase of that buying cycle and it’s great to actually bring all the other people within the country to the table and we emphasise that we are really here to stay in graphene and we isolated it in the UK and we don’t want it to be overtaken by other countries all around the world which often happens with technology in the UK.

I think the other thing to say is we were being asked to go as well, there’s a big desire for the Asian countries to get access to the technology that’s going on in the UK so it was a very very warm welcome, it’s not like going into a hostile situation, these guys really do want to see us and want to hear what we’ve got to say about the latest technology.

The other thing to bare I mind is that my experiences of Korea, which it now spans a few years, is that they tend to just get on with things, they don’t really talk about it very much, they just do it. There’s a desire from the Korean government to invest in graphene, they’ve seen what we’ve done and as Neill said, we were welcomed almost with open arms, it was excellent.

Q7: So the political landscape is not really having an impact then?

A7: No. South Korea is extremely entrepreneurial and they’re extremely go-getting as Ray said, they just get on with stuff. To be honest, they’re the guys that we really want to work with as they can make things happen really quickly.

The UKTI have been helpful, they came to the stand, they pushed on a bit I think we caught them a bit off guard by moving so quickly but there is a desire for the UKTI to become involved and there’s other events for us, it’s not just Korea, there’s Nano Japan which is equally as powerful and those two trading nations are really significant for this particular market for us.

Q8: How successful were you both?

A8: We had many many meetings, a lot of reinforcement, as I say we’ve now got a dozen key accounts that are working hard to bring to fruition. We’ve got paying customers in the Far East which is excellent and we’ve seen a real desire to take some technology, of course we don’t make the raw material so people like Neill and others will be on Haydale’s shopping list for purchasing.

For Versarien, we’re a bit earlier down the journey. We’ve only just, only a year ago, purchased this spin-out company so for us this is the first time we’ve taken technology out of the country, first time we’ve spoken to a lot of these companies in the Far East, we’ve had connections but there’s nothing like a face-to-face meeting to reinforce that sales process. So a real milestone for us in that it’s the first event that we’ve actually done of an international nature with this business.
The other thing to bear in mind is that we are so keen on this that we’ve now established Haydale Technologies’ career and we’re going to put in a direct sales manager in there to really push on with these sales accounts that we’ve got in hand.

Q9: How important is it to the companies and the organisations that attended to work together?

A9: I think it’s vital and what I was absolutely delighted abut was the four companies that came together on the pavilion; Versarien, 2-DTech as is, Thomas Swan and CPI, we gelled as a team actually and we started introducing people to each other with a view to expanding the broad reach and I find that absolutely fantastic.

I think that’s the one thing we’ve learned over the years is that actually you’ve got to work together and it’s unlikely that any one of us will have all the solutions so by working together we can actually really leverage what we’ve got and I think that’s absolutely vitally important if we’re going to keep ahead of the game and make the most of this technology.

Q10: So going back to your success over there, how soon before we can expect to see things in news flow?

A10: That unfortunately all depends on the customers but we’ll be pushing as hard as we can in order to turn some of these enquires into samples and samples into production orders. It is as I say slightly out of our control in that we can only go as fast as our customers want us to and that can be really frustrating if you’ve got something that you really want to really get a move on with but we’ll be trying as hard as we can.

You can read the full HAYD VRS archive by clicking the EPIC code.

Versarien Rolls-Royce chooses to partner with GEIC and 2-DTech