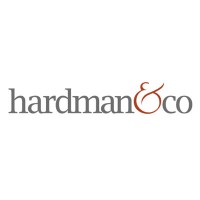 Researcher and Analyst Mike Foster of Hardman and Co caught up with DirectorsTalk in this exclusive interview to discuss the recent successful IPO of Elegant Hotels Group Plc LON:EHG

Q1: Elegant Hotels are entirely based in Barbados, what are the prospects for visitor volumes?

A1: I think the interesting point about Barbados, just to put it into context of the past, is whenever there have been downturns globally, it actually helps them quite well. Visitor volumes have been a bit flat the last couple of years and they obviously had the downturn in 2008 but they are now starting to turn up and the past 3 or 4 months, they’ve been quite good bookings, much more so than in the previous years.

Q2: Why is Elegant Hotels only operating in Barbados?

A2: I think the first thing to say about the management is that they are focussed on a market where they are the largest operator. So they’ve got an element of pricing power, they’ve got local knowledge and the Barbados market is a resilient one as I was saying before.

A3: I think it’s really going to be more of the same in terms of small projects enhancing the hotels, the five freehold hotels they have, which will maintain an increase in the room rate revenues; it’s been running at about 10% a year increase for the past 4 years. Although that can’t carry on forever, there is definite scope for an increase in visitor volumes which will keep that momentum as well.

Q4: Are there any more strategic opportunities for the company?

A4: Yes. At the time of the floatation, they did highlight that their knowledge of the Caribbean market would mean that they would come across investment opportunities and there are possibilities that they might pursue those. The balance sheet is very strong, interest covers over ten times so the is the financial fire power and the local knowledge but it’s going to be very much focussed on things that they know extremely well.

Q5: Do you think management are going to spend large amounts given the fairly modest debt?

A5: I think that there’s not significant investment required in these assets which were very well invested and they will be taking their time looking at opportunities.

Q6: Can you tell me a bit more about the dividends?

A6: The company assets were purchased in 2010 by Vision Capital which invested significantly in them so they have had the investment period of 4-5 years and now on the floatation on the stock market, the company stated they would be paying a 7% respective dividend and that that would be growing. The dividend is going to be well covered by profits, 90% of profits come to cash and we expect the dividend to be one and a half times covered.

Q7: So in summary, what are your thoughts on the company?

A7: This is a situation that has got strong freehold assets which are generating cash, they’re well invested. That cash is going to be covering the dividends that are likely to be paid out at least one and a half times and it has attracted some very good names in terms of recent floatation, Schroders and Miton have 9% and 10% each, and Vision Capital is still a committed long term shareholder, they have stated that they will stay in for at least one year and Vision Capital own 25%.