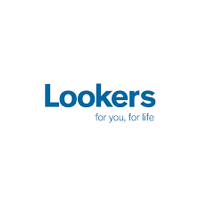 Lookers Plc (LON:LOOK) has released a trading update this morning, confirming that Q1 trading was robust, but the group has faced trading pressures during April and May particularly in the used car market. We tweak our forecasts for 2019E, and now expect adj. PBT of £58.0m (vs. £64.0m previously which equates to a 9.4% downgrade). While uncertainty continues to impact trading, we believe this is factored in to the valuation at present and we continue to believe Lookers is well positioned, with a robust balance sheet and proven management team to deliver shareholders returns over the long term.

 Trading update: New cars represent 32% of gross profit for the Group covering the first three months of the financial year to 31 March. Total new car registrations in the UK reduced by 2.4% to 701,036 cars in the first quarter while Lookers achieved 3% growth in new car revenue. Total gross profit from new cars increased by 4% driven by a small increase in profit per unit. On a like for like basis, both turnover and gross profit were maintained at a similar level to last year. In Used cars, which contributes 25% of total gross profit, turnover increased by 8% and gross profit from used cars improved during the period with profit per unit being maintained at previous levels, resulting in an increase of 2% compared to the prior year. On a like for like basis, turnover increased by 6% and gross profit increased by 1%. In the aftersales business, which represents 39% of total gross profit Turnover was 11% higher than the prior year. Gross profit increased by 9% at a slightly lower margin. On a like for like basis, turnover increased by 9% and gross profit increased by 6%.
 Forecasts: We tweak forecasts to reflect the continued challenges in the trading environment and particularly trading patterns seen in April and May. We factor in weaker volumes and values in used car sales, in FY19E and now expect adj. PBT of £58.0m (vs. £64.0m previously). This grows to £59.1m in FY20E (vs. (£65.0m previously) and £60m in FY21E (vs. £66m previously). We also factor in some extra working capital investment, assuming a higher investment in stock levels. Based on these updated assumptions we now expect net debt at the year-end of £80m, (vs. £71.4m previously) going to £61.7m in FY20E. We note that these changes do not include a c.£5.5m additional amortisation charge and we will factor this in to our H1 forecast in the coming weeks. We anticipate H1 PBT to be down c10% on a LFL basis, albeit we note weaker comparables from H2 last year.
 Valuation: Based on our updated assumptions, the stock trades on 7.5x P/E range and an EV/EBITDA of 4.3x. Clearly if we factor in an additional £5.5m of amortisation (which we will do around the time of the interims) the P/E rises to 8.1x. However we believe, given strong management track record, the robust balance sheet, strong cash generation and good dividend yield support (c.4%), the shares represent good value at the current price.

You can read the full LOOK archive by clicking the EPIC code.

Lookers plc emerge from lockdown in a strong position