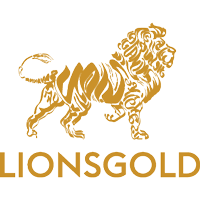 Lionsgold Ltd (LON:LION) Chief Executive Officer Cameron Parry caught up with DirectorsTalk for an exclusive interview to discuss their increased holding in TRAC Technologies Limited; how the joint venture came about, the reason for increasing the holding and what we should expect over the coming months

Q1: Now Cameron, yesterday Lionsgold announced that you’d increased your position in TRAC Technology Limited. Firstly, can you explain for us how the joint venture originally came about?

A1: Yes, I knew the CEO of TRAC through a different public company that I was Executive Chairman of and I became aware that there was an opportunity to buy in at what I believed was a relatively modest entry level. Coupled with that, we agreed to do a JV to take that platform and target the Indian market with it, in India they love gold as people will know and consume around 800 tonnes a year and only produce about 3 tonnes from their mining there. Really, the online platform offers the ability for retail users to buy and hold and sell gold, utilise gold basically as an asset with the convenience of online banking and certainly there’s a lot of prospect in that huge market for that so that’s how it came about.

Q2: As you mentioned, you’ve increased your holding there, what was the reasoning behind that?

A2: Well, after saying how big a market India is, what we decided to do, as we were getting closer to release of the new brand we created under this collaboration between TRAC and Lionsgold, was that really our energies are really better spent with a single focus. As far as rolling out a new brand, rolling out subsequent products beyond just the online platform, to provide those same services that I was mentioning, touching on before, that effectively allow you to hold and utilise gold with the convenience of online banking. So, there was increased commercial benefit and opportunity if we took a global approach, pardon the pun, holistic approach, so we capitalised the India-specific JV and the money spent and the balance still committed on that, recapitalise that back into TRAC itself to increase our stake holding. As I say, take a global approach so that we can bring this to jurisdictions around the world, commencing with a focus in the UK being our backyard.

Q3: You’ve said that this will give you a much more hands-on role in driving the Fintech gold application forward. Now, I suspect that you’re going to stay a little bit secretive at the moment as to the specifics but what kind of things will you be working on and what should we expect from Lionsgold in terms of news flow in the coming months?

A3: We’re quite an entrepreneur team here at Lionsgold, we’re interested in doing things a little differently and looking for commercial opportunities wherever they may lie and if they fit broadly into the focus of what we’re about. As you know, we have effectively three business divisions which is India gold project that we’re working with our partners in India at developing, we’ve got gold interest in Finland that are looking to be income-generative later this year into our subsidiary company there that’s a joint venture vehicle and we have the Fintech gold trading and gold holding platform. So, as I say, we are kind of expansive in our thinking of what can be done and obviously, a gold trading platform and holding platform is really the retail use of what you’re producing as a primary industry in sourcing and then producing gold.

So, as far as being more hands-on, we have a fair bit of business acumen to contribute, not just in strategic thinking, and not only just capital, and so we’ll be more heavily involved with the release, obviously, of the new brand and the products to follow because again, that’s what that platform provides. For those of us who have got cash in the bank but we would also like, for the benefit of our family’s wealth and security, to hold physical gold, to have something tangible behind the money that we own, in part, as it doesn’t replace other currencies that you might have but this is an important piece of your family’s wealth to hold in a tangible liquid asset. But it can be quite inconvenient, how do you source gold, and it would be quite inconvenient to try and vault it and store it and this is what this platform does, it provides the vaulting and the custodial services, it is physical gold, it’s not an ETF, you’re not buying a contract, you are buying an asset, it directly belongs to you. The platform allows you to do all of that by having an online account and it really does make holding gold as convenient as online banking and so that’s the first product release and there are other products behind that that we are looking to bring to market over the course of this year.