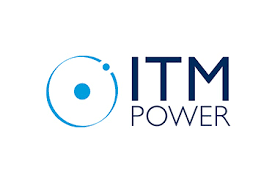 ITM Power Plc (LON:ITM), the energy storage and clean fuel company, has today noted a new package of proposed directives announced yesterday by the European Commission – “Clean Energy for All Europeans – unlocking Europe’s growth potential”. The directives will have a significant effect on the uptake of Power-to-Gas (P2G) energy storage and green hydrogen fuel made by electrolysis across Europe.

A new definition of Energy Storage that includes Power-to-Gas

The energy storage definition specifically includes the conversion of electricity to another energy carrier such as hydrogen. Unlike many previous definitions of storage it is not restricted to power-in/power-out storage and so facilitates the adoption of the power-to-gas approach. The EC definition will enable P2G plant and electrolyser-Hydrogen Refuelling Stations (HRS) to offer storage facilities to the electricity market, while selling hydrogen to the mobility and gas sectors. It will broaden understanding of the needs of a flexible power system and dissuade the electricity industry from thinking only in terms of Power-to-Power (P2P) storage – e.g. batteries.

A level playing field for generation, storage and demand response

Storage technologies have previously suffered from a lack of identity and payment structure within the electricity market, often being seen simply as an electrical load or as a power generator. By providing a level playing field for generation, storage and demand response players can each participate in providing flexibility services to the grid operator. Electrolysers will be able to be instructed by grid operators to provide up/down response for grid services (including frequency regulation and excess energy absorption) and will receive balancing services payments across the EU – as they do already in the UK.

Guarantee of origin scheme for hydrogen

Guarantees of Origin are currently in place for renewable electricity and renewable heating/cooling. By extending them to renewable gases including hydrogen, a consistent means of proving the origin of the gas to consumers is provided so that they can be confident that they are using low-carbon gas. To implement this, a carbon intensity threshold for hydrogen will be applied and provided it is at or below the threshold value, it will be classified as low-carbon and certificates will be awarded to producers of low-carbon hydrogen.

ITM Power Plc CEO, Dr. Graham Cooley, said: “These new EU directives are fundamentally important for unlocking the potential of rapid response grid balancing using electrolysis and for the deployment of Power-to-Gas energy storage across Europe. The guarantee of origin scheme also differentiates green hydrogen as a fuel for transport.”

Yesterday ITM announced a c. £1m, 0.5MW sale of its sub-second response, P2G electrolysis platform into the first breakthrough UK P2G project. It is being funded by Ofgem and is the initial critical step in removing the regulatory blockage to hydrogen injection into the gas grid, paving the way for a potential full UK P2G market. This morning it is the turn of the EU. New proposed storage directives announced, have been explicitly designed to make sure P2G is covered. These include the definition of storage itself, which now specifically contains the wording: ‘the conversion of electricity to another carrier such as hydrogen’.  This is in contrast with prior definitions, which were restricted to power-in/power-out technologies such as batteries. The directives contained a number of further positive aspects with respect to ITM’s business, including a ‘guarantee of origin’ scheme, which differentiates green hydrogen as a fuel for transport for the first time.  This is more very positive news regarding the evolution and growth of ITM’s primary target markets.