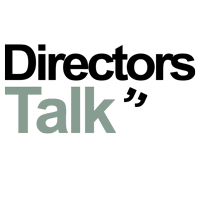 Interview: Q and A with David Archer CEO of Savannah Resources plc

Q1: Could you explain what Savannah’s investment strategy is?

A1: Our investment strategy is really to focus on securing major projects that give us real functionality and leverage both over commodity prices and potentially large resources. The example of that would be our project in Mozambique where we have a large tenement there with a fair amount of exploration potential next door to a world class deposit which is owned by Rio Tinto. I suppose the same approach also applies in Oman where we’ve secured a significant percentage of the highly prospective and ophiolite belt, that belt has been and I think will continue to be a prolific producer of copper.

Q2: You’re in Mozambique and Oman which are apparently not exactly next door to each other, how did this situation arise?

A2: I like running a diversified portfolio of resources interests. In terms of Oman, I have been personally looking at Oman for a number of years and have been very excited about its resources potential, its strong heritage of copper production, sorting and refining and the fact that it provides a very good logistical background after the development of mines. It has great roads, a port, a copper smelter and enjoys relatively low energy and fuel costs so it makes it an ideal jurisdiction for developing new mines so it really ticks virtually every box I’d like to have ticked for a small to medium sized copper mine. In Mozambique, it’s really one of the most prolific places in the world for the discovery of world-class heavy mineral sands deposits, it has a coastline of over 2000 kilometres and it’s sort of characterised by large world-class resources of heavy minerals so a terrific destination to go to if one wanted to secure a position in the heavy minerals sector.

Q3: In your view, what are the key elements for a successful resources company and do you tick any of those boxes?

A3: I think the key elements are like a three-legged stool. In terms of management, we have a key executive team all of whom are very skilled in their respective areas and have a demonstrable track record of success during the course of their careers so I think we tick that box. In terms of assets, we have an interesting asset portfolio as I’ve just been talking about in Oman and Mozambique. Finally, I think a key element in a company’s success is the calibre and quality of its shareholders. We are very keen to develop our shareholder base over the next year or so to match our growth as a company.

Q4: What do you think shareholders have to look forward to over the next year in particular?

Q5: I notice you have strategic interest in Alecto Minerals which is another company on AIM. They have projects in Mali, Ethiopia and Mauritania. Are you active in that relationship or how does that work?

A5: That’s really a historical or legacy shareholding. We sold our gold tenements in Mali to Alecto for a strategic stake in that company. It really sort of provides us with a fair amount of optionality both over the gold price potentially and potentially from discoveries that Alecto and its joint venture partners might make in the jurisdictions in which it operates. It’s interesting that Centamin is committing over $14 million to exploration on Alecto’s tenements so there’s a lot of money being sprayed at Alecto’s projects over the coming years and we hope to benefit from any resulting discoveries.