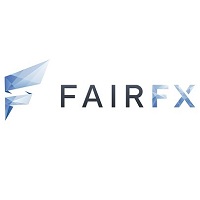 FAIRFX Group plc (LON:FFX) the international payments provider, has today announced that is has conditionally raised approximately £1.5 million net of expenses through the proposed placing of 5,309,965 new ordinary shares  at 31 pence per ordinary share (“Placing Price”) with existing and new institutional shareholders. The net proceeds of the Placing will be used to continue the trend of growing the Group’s customer base and will strengthen management’s position with the strategic re-launch of its Corporate Card solution.

In addition, Pembar Limited (“Pembar”) has irrevocably subscribed for 1,080,264 new Ordinary Shares at the Placing Price. Pembar previously made a loan (carrying interest at a rate of 2 per cent. per annum over the Bank of England base rate) available to a subsidiary of the Company on 9 June 2006, in the principal sum of £337,500, of which a sum of £334,882, in aggregate, remained outstanding (the “Loan”). This conversion removes all outstanding shareholder loans. Pembar has agreed that the issue and allotment to Pembar of the Subscription Shares, conditional only upon the admission of the Subscription Shares and the Placing Shares to trading on the AIM market of the London Stock Exchange plc (“AIM”) becoming effective, shall be in full and final satisfaction of all amounts outstanding under the Loan, including all interest accrued thereon (if any).

Application has been made to the London Stock Exchange plc for the Placing Shares and the Subscription Shares to be admitted to trading on AIM. It is expected that Admission will become effective and that dealings in the Placing Shares and Subscription Shares will commence on AIM on 13 November 2015. On Admission, the enlarged share capital of the Company is expected to be 76,866,039 Ordinary Shares.

Ian Strafford-Taylor, Chief Executive of FAIRFX Group Plc commented, “Following a summer of strong growth, we are pleased with the further support from our shareholders, both existing and new, which enables us to continue to pursue our stated growth strategy. As announced in the Company’s interim results dated 29 September 2015, at over £30 billion*, the market size for UK Corporate Expenses is comparable to the UK travel money market of £35 billion* and hence represents a great opportunity for FAIRFX. The FAIRFX Corporate Card expense solution is a unique platform and will enable us to use disruptive technology to compete head-on with the charge-card offerings which currently predominate. We will use a similar model of targeted marketing spend allied to technical innovation for the Corporate Card market as we have already proven with our results for the retail card. We are extremely excited both by the potential for this market and our product capabilities within it.”