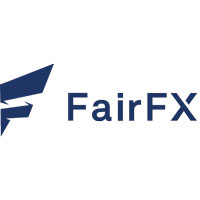 The Group has significantly strengthened its senior management team through the appointment of Mr. James Hickman as Chief Commercial Officer, effective from 1 December 2016. James joins FairFX from key industry competitor Caxton FX where he was Managing Director and instrumental in establishing and growing its prepaid currency card programme. At FairFX, James will be responsible for driving more revenue growth across all product lines with a principal focus on the corporate sector.

The Group’s corporate card platform has performed particularly well in 2016, benefitting from the increased strategic focus that was announced in late 2015. Additional functionality has been added to the platform and there is a pipeline of further enhancements still to come. Last month a key milestone for the platform was passed with monthly loads exceeding £10 million for the first time and having doubled within just 6 months. During the 10 months to 31 October 2016, volume going through the corporate card platform is up by 92% compared to the same period for 2015.

Ian Strafford-Taylor, FAIRFX Group PLC Chief Executive Officer, commented: “The business continues to make great strides and has performed well during what has been a volatile period for the currency markets. We are also particularly encouraged that the corporate card platform has been achieving such strong growth against this backdrop.

“I am also delighted that James Hickman is joining FairFX as Chief Commercial Officer. This is a key strategic hire for FairFX and James has an outstanding record in the currency payments industry. He will be playing an integral role in the next stage of our growth.”