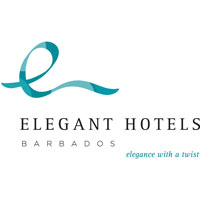 Elegant Hotels Group plc (LON:EHG), the owner and operator of six upscale freehold hotels and a beachfront restaurant on the island of Barbados, today issues the following trading update in relation to the year ended 30 September 2016.

The Board is pleased to report that it expects that the Group’s full year results for FY16 will be in line with market expectations.

Elegant Hotels Group plc announced in August that its recent acquisition, Waves Hotel and Spa (“Waves”), is now open for business, having been extensively redesigned and refurbished after it was bought by the Group for US$18.0 million in March 2016. Early feedback from both customers and travel agents has been positive and, as expected, the property is already proving to be highly complementary to the existing portfolio. The Board expects Waves to be earnings enhancing for the Group in FY17, with excellent potential for further improvement in FY18 and beyond as the property develops its reputation.

The Company is also pleased to announce today that it has reached an agreement in principle to bring a 123-room luxury hotel in Antigua into Elegant Hotels’ portfolio under a management contract (the “New Management Contract”). The hotel is currently under construction and is expected to open its doors in mid to late 2017. This will be Elegant Hotels’ first property outside Barbados and its first management contract, and it is expected to be earnings enhancing in FY18. The Board believes that management contracts of this kind represent a compelling opportunity to expand beyond Barbados, given they require far less capital investment than full ownership, and is therefore considering a number of other similar targets.

The 193 rooms that will be added to Elegant Hotels’ portfolio as a result of the Waves acquisition and the New Management Contract represent a 40% increase (from 483 to 676) since the Company’s admission to AIM in May 2015. The Board believes that the longer-term benefits from these and future additions to the portfolio justify the extra cost base that has been required to gear the Company for growth. In order to support this continued expansion, the head office team has been strengthened across the areas of finance, operational management and marketing, which has increased central costs in advance of revenues.

During the year, Elegant Hotels’ continued focus on quality and service has been reflected in the numerous awards that each of its hotels has received. Most recently, Elegant won the best practices of Sales and Marketing Award at the Caribbean Hotel Information Exchange Forum. In addition, all of its properties apart from Waves (which has only recently come under the Group’s ownership) were awarded TripAdvisor’s coveted Certificate of Excellence for 2016, as well as the prestigious Green Globe Certificate.

The Group is only 14 days into its new financial year and, whilst it appears UK consumer confidence is returning, the political uncertainties in the UK over the summer months are, it believes, responsible for bookings for the current financial year tracking slightly behind the same period last year. Given these recent booking trends, the Board believes it is prudent to have a cautious outlook, with Group revenue for the current year currently expected to be broadly flat in comparison with FY16.

However, management believes that the Company’s core strategy remains robust and is taking action to respond to tighter market forces, with further sales and marketing campaigns underway, and a new website due to be launched in January 2017. In addition, the continuing strength of Colony Club’s performance after its recent refurbishment illustrates the validity of the Group’s core strategy of refurbishing, repositioning and re-pricing its properties.

The overall level of net debt, supported by the Group’s high quality freehold assets, continues to be at a comfortable level. This allows for a full capital expenditure programme in the current year as part of the ongoing refurbishment strategy which, as has proven to be the case at Colony Club, is expected to improve bookings in the longer term.

The Company remains adequately resourced in the short to medium term and, with the additions of Waves and the New Management Contract and the anticipated delivery of these recent growth measures, as well as the gradual return of UK consumer confidence in the longer term, the Board believes it is well positioned to be able to maintain the dividend in the future based on its current estimates.

Sunil Chatrani, CEO of Elegant Hotels Group plc, said: “While the underlying market conditions of the last few months have undoubtedly been challenging, we are delighted to have successfully launched Waves Hotel and Spa, our first acquisition since IPO, and are looking forward to finalising the management contract for our first hotel outside Barbados. Barbados remains a beautiful place to visit, and we continue to be extremely fortunate to have a peaceful, politically stable and exceptionally tourist-friendly island on which to provide a high quality luxury offering to our guests. As a result, and notwithstanding the immediate headwinds that we face, we remain confident in the long term growth prospects for Elegant Hotels.”

Elegant has released a trading update confirming that it is trading in line with 2016 expectations. The dividend has been maintained, which is currently yielding 11% (trough cover of 1.2x 2017). The NAV is 184p, which also provides significant freehold asset support. However, we are reducing our 2017 and 2018 forecasts, which drives an 6% reduction in REVPAR in 2017 vs. our previous assumptions and is largely occupancy driven. We also factor in additional corporate costs to support the growth with the room count +35% since IPO factoring in Waves and its latest management contract.

Investment view: While the earnings downgrades to 2017 and 2018 are disappointing, we do believe this has been priced in with the stock on a P/E of sub 8x 2017. There is significant dollar asset backing and yield support at current levels with the intrinsic equity value heavily discounted in our view. The company trades at a 46% EV/EBITDA discount to the sector at the current price.