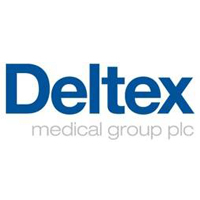 Deltex Medical Group plc (LON:DEMG) Chief Executive Officer Ewan Phillips caught up with DirectorsTalk for an exclusive interview to discuss the highlights of their results for the year-ended 31 December 2016, their grant from the Horizon 2020 programme, new products and what reaching their target number of platform account means for the company

Q1: Deltex Medical Group’s results out this morning, Ewan, can you talk us through the highlights?

A1: As always with these things, there’s a bit of a mixed bag but I think we see far more of the positives coming through rather than the negatives. If you look at the second half’s performance, you see our core revenue stream, the disposable single patient probes, back into growth and quite good growth, entirely export-driven. So, US going pretty well, that grew at 40% in sterling, still 25% in local currency, international about 25% on a 15% volume increase so those are good. The UK has been miserable for the last three years, a little bit down on 26% but actually you dig into that, the first half was down 36% in the UK, second half 16% and we’ve put in there that the first quarter were down 10%. You can really see that starting to stabilise and tailing off, in fact, total revenues in the first quarter in the UK were marginally ahead of the prior year this year so we’re in good shape there, growing strongly in the States, going well in the export market.

So, the whole thing’s back to growth, we’ve significantly reduced our cash consumption rates. We’ve just got to carry on as we are with the momentum we’ve got and we’ll start to turn that operating cash positive within the foreseeable future. Since last year, we rounded in some pretty substantial changes to the way we build the product which is going to generate additional savings which weren’t in last year’s numbers, will be mostly in this year’s numbers. So, lots of good things coming through and the momentum feels good.

Q2: Now, you’ve also announced that you’ve been awarded a grant under the EU’s Horizon 2020 programme, can you tell us a bit more about this?

A2: Yes, the Horizon 2020 programme is the EU’s flagship programmes, in our sort of area, it covers multiple industries but it’s good for Deltex Medical. What it is aiming to do is get things that are quite advanced and turn them into revenue-generating products in the short-medium term and ultimately creating jobs within the EU, as we are members of the EU, we count for that.

So, the €50,000 upfront is a big win, I think the advisers tell us there’s a success rate of about 6% on these applications so that’s great, we’re in the 6% who got into Phase I. Phase I is all about feasibility so there aren’t many hard outcomes, we’ve just got to establish that it will be feasible to do significant clinical trials and further development of our new user interfaces. If we do that then we’ll be in the shot there for a second grant Phase II which can be up to €2.5 million, a big chunk of which can used towards covering our current, and any additional, R&D resource we put in to do that project.

Q3: What can you tell us about Deltex Medical’s new products that are coming to market?

A3: I don’t want to say too much at this stage, fingers crossed we will be announcing things very shortly and putting them through. What we have is this concept for a while which we’ve been working towards, what we’re calling the haemodynamic workstation, so we’ve got the oesophageal doppler technology which has generated most of the positive evidence-base for fluid management, both in surgery and in intensive care. Good technology, it’s fantastic technology, it’s quite a skilled one so people need to be pretty advanced in their understanding of physiology before they get it quickly and then they need to learnt eh knack of doing it so that’s all good. There are other technologies around which are not as sophisticated, not as precise, they don’t give you the same sort of patient outcome so they’re pretty good entry-level technologies so we’re looking at starting to add those and will continue adding those into our box so we start to offer a single platform that’s offers something for everyone really.

Q4: I see that you’re nearing your target number of platform accounts in the States, what does this mean for Deltex Medical and how are you redeploying your resources to best serve American customer base?

A4: Well, our target was to get to 30 of these platform accounts, the end of the year we’re at 28, we actually got past the 30 mark in January, we stopped announcing every one now, we’ve another one or two started or very close to I think so we’re continuing to add to those. So, when we started this plan, three to four-year plan, to establish these 30, 6 sales territories, basically I would assume you’d get to 5 in each and we deployed our initial resources accordingly, as it’s come through we’ve got 1 territory with 3 and another one with 8 so what we’re going to do to rebalance the resources more towards the 8 than the 3. So fairly obvious, that just means that in the short term our costs will come down a bit so we’re looking, as we do that, to try phase back in the costs so it broadly matches the revenue growth. So, March, it was a one-off month, March is always a strong month because there’s no Easter, no spring break or anything like that in it, it was the first time in which our probe sales in the States generated enough margin to cover all our regular US staff costs. Now, actually it was strong enough that it’ll have covered all of them before we started the redeployment exercise but that’s not a repeatable thing yet so that’s strong so as we add in extras, we’ve got 2 extra in April, and we’ve got some money in the bank to pay for them, it’s good.