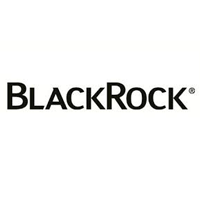 BlackRock Greater Europe Investment Trust (LON: BRGE) is co-managed by Stefan Gries (since June 2017) and Sam Vecht (since launch in 2004). Gries believes that investors do not have to be positive on the prospects for Europe to consider this trust, as it seeks to invest in companies with potential to create shareholder wealth over the medium to long term. He says that investor sentiment towards the region is very negative, which may provide an incremental opportunity when opinions change. Gries remains optimistic about the prospects for BRGE’s portfolio of high-quality companies, based on his assessment that there will be no major economic slowdown or recession in the coming year.

The investment backdrop remains somewhat uncertain in terms of slowing global growth, which is not helped by tensions between the US and its trading partners, and above-average equity valuations. This environment should favour skilled fund managers who can identify attractive, niche businesses whose management teams align their interests with those of their shareholders.

Why consider investing in BRGE?

■ Broad exposure to both developed and emerging markets in Europe.

■ Disciplined, repeatable investment process, with the ability to draw on the broad resources of BlackRock’s investment teams.

■ Long-term outperformance versus the market and the AIC Europe peer group.

The BlackRock Greater Europe Investment Trust board actively manages the discount via periodic repurchases and discretionary semi-annual tender offers. Its current 4.0% share price discount to cum-income NAV is narrower than the 4.1% to 4.5% range of average discounts over the last one, three, five and 10 years. BRGE has a progressive dividend policy, growing the annual distribution every year since the trust was launched in 2004. It currently offers a 1.5% dividend yield.

Adidas AG (ETR: ADS) is a multinational corporation, founded and headquartered in Herzogenaurach, Germany, that designs and manufactures shoes, clothing and accessories. It is the largest sportswear manufacturer in Europe, and the second largest in the world, after Nike.

SAP SE (ETR: SAP) is a German multinational software corporation that makes enterprise software to manage business operations and customer relations. The company is especially known for its ERP software. SAP is headquartered in Walldorf, Baden-Württemberg, Germany with regional offices in 180 countries.

Sika AG (SWX: SIKA) is a Swiss specialty chemical company for building and motor vehicle supplies, headquartered in Baar, Switzerland. It has a leading market position in both the building sector and the automotive industry. Business activities focus on the seven target markets.

Royal Unibrew (CPH: RBREW) is a brewing and beverage company headquartered in Faxe, Denmark. Its brands include Ceres, Faxe, Albani and Royal. Royal Unibrew also has a strong presence in the Baltic region, where it owns Vilniaus Tauras, Kalnapilis, and Lāčplēša Alus.

Lonza Group AG (SWX: LONN) is a Swiss multinational, chemicals and biotechnology company, headquartered in Basel, with major facilities in Europe, North America and South Asia. Lonza was established under that name in the late 19th-century in Switzerland.

ASML Holding NV (AMS: ASML) engages in the development, production, marketing, sale and servicing of advanced semiconductor equipment, consisting of lithography related systems. It mainly caters the makers of memory chips and logic chips. The company was founded on April 1, 1984 and is headquartered in Veldhoven, Netherlands.

You can read the full BRGE archive by clicking the EPIC code.