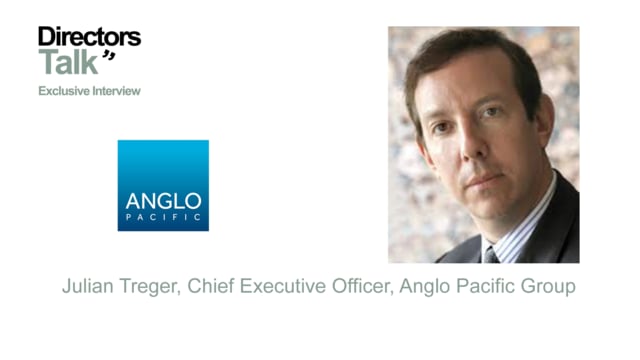 Anglo Pacific Group (LON:APF) CEO Julian Treger talks to DirectorsTalk about its 4.25% shareholding in Labrador Iron Ore Royalty Corp. Julian provides some more detail on this morning’s announcement, the rational behind it, why exactly iron ore, whats next for the portfolio and provides 3 reasons why you should invest in APF.

LIORC is listed on the Toronto Stock Exchange (TSX:LIF), and its operating cash flow is sourced entirely from its entitlement to a 7% GRR and a C$0.10 per tonne commission on products sold, as well as dividends received from its 15.1% equity interest in IOC.

LIORC has been involved in Labrador West for 80 years. Under a 1938 Statutory Agreement with the Canadian province of Newfoundland and Labrador, a predecessor company to LIORC, Labrador Mining and Exploration Limited, was granted extensive exploration and mining rights in Labrador West. LM&E discovered the iron ore bodies that now constitute the mine operated by IOC. LM&E received grants of leases and licences under the Statutory Agreement. It also received a grant of surface rights to establish the town site that became Labrador City. LM&E sublet the leases to IOC. IOC, with major steel companies as original shareholders, built the infrastructure, mine, railway and port.

LIORC holds certain leases and licences covering approximately 18,200 hectares of land near Labrador City. The entirety of IOC mining operations occur within lands subleased from LIORC. In return, IOC pays LIORC a 7% gross overriding royalty on all sales of iron ore products produced from these subleased lands. A 20% tax on the royalty is payable to the Government of Newfoundland and Labrador. In 2017, LIORC received C$125.1 million (2016 - C$90.5 million) in relation to its 7% GRR net of the 20% provincial tax.

A wholly owned LIORC subsidiary is also entitled to receive a commission of C$0.10 per tonne on the products produced and sold by IOC. In 2017, LIORC received a total of C$1.9 million in commissions (2016 - C$1.8 million).

In addition to its royalty interests, LIORC holds a 15.1% equity interest in IOC. The other shareholders of IOC are Rio Tinto Limited with 58.72% and Mitsubishi Corporation with 26.18%.

Anglo Pacific Group PLC is a global natural resources royalty and streaming company. The Company's strategy is to develop a leading international diversified royalty and streaming company with a portfolio centred on base metals and bulk materials, focusing on accelerating income growth through acquiring royalties and streams on projects that are currently cash flow generating or are expected to be within the next 24 months, as well as investment in earlier stage projects. It is a continuing policy of the Company to pay a substantial portion of these royalty and stream revenues to shareholders as dividends.

2018-11-13
Giles Arbor
© 2020 - DirectorsTalk Interviews. All rights reserved. Reproduction in whole or in part, in any form or medium without express written permission is prohibited.