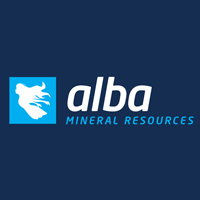 Alba Mineral Resources plc (LON:ALBA), the UK-based exploration company, has today announced that it has now earned the right to a 49 per cent interest in the Amitsoq graphite project in Southern Greenland (the “Project”) pursuant to its existing farm-in agreement in relation to the Project, details of which were announced on 6 October 2015.

Alba has further agreed, subject to regulatory approvals from the Greenlandic authorities, to acquire a further 41 per cent interest in the Project from Artemis Graphite Pty Limited, a subsidiary of Artemis Resources Limited (together “Artemis”) on the following principal terms set out in a share sale and purchase agreement:

(b) Completion of the acquisition is conditional on the obtaining of Greenlandic Governmental approvals to the transfer of the interest and Alba consequently holding a total 90 per cent interest in the Project by the transfer of shares in the licence holder, Obsidian Mining Limited.

(c) On Completion Alba will pay the remaining £90,000 of the consideration, in cash or Alba shares (at a 20 trading day VWAP) at Alba’s election but with a minimum of 50 per cent in cash unless otherwise agreed.

(d) As from Completion, Alba will also take over Artemis’s rights and obligations in respect of the existing put and call option over the 10 per cent free carried interest held by a minority shareholder in the Project.

(e) Pending Completion, Alba shall continue to act as the operator and manager of the Project.

(f) The current farm-in agreement is terminated and superseded by the share sale and purchase agreement.

(g) If for any reason the necessary Greenlandic regulatory approvals are not forthcoming, Alba shall be entitled to be repaid £50,000 of the initial deposit paid, in cash or Artemis shares at the latter’s election.

Following Admission, the total number of ordinary shares in issue will be 1,817,071,600. The Company does not hold any ordinary shares in treasury. Therefore, the total number of ordinary shares with voting rights will be 1,817,071,600. This figure may be used by shareholders in the Company as the denominator for the calculations by which they will determine if they are required to notify their interest in, or a change to their interest in, the share capital of the Company under the Financial Conduct Authority’s Disclosure and Transparency Rules.