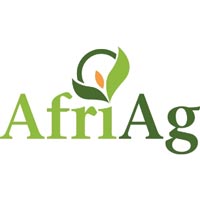 AfriAg plc LON:AFRI is one of those companies that are so often overlooked, maybe because it’s in the wrong Google finance sector, maybe because its just not oil and gas? There are probably numerous reasons. This company could however be a little gem. AfriAg’s chairman, David Lenigas who needs no introduction has a quote on the AfrAg.com homepage “Africa will feed not only itself but the rest of the world in time. It will become the bread basket to the world.”

AfriAg plc is an African food haulage and distribution group which recently won a new distribution deal with the Gatsby Foundation that will ship produce from Mozambique through to UK supermarkets along with other international markets the contract is for approx 480,000 kilos per quarter.

It was an AfriAg plc subsidiary that won the contract to transport baby-corn and chilli to South Africa where it will be air-freighted. Chairman David Lenigas said the contract was ‘transformational’ and told his Twitter followers the deal will grow AfriAg by an ‘unimaginable’ amount. Since then it’s been a little quiet on the news front and share price has dropped slightly as investors look to make money elsewhere. In an interview with Mr Lenigas it was mentioned that 2 other contracts were in the process of being completed, that their current fleet of 18 specialist refrigerated trucks was being expanded to twice that within 6 months to cope with demand and that fish exports into asian countries had increased heavily. David pointed out that only 1% of all African produce was being shipped to the states and “That equation is going to change!” 1.06m kilos were delivered in the last 6 months of 2014 with the majority happening in the last couple of those months. AfriAg has some very large clients already in place and those figures should rise significantly. In a recent comment on twitter David Lenigas said “I am busy with everything. AfriAg as well,” which could be a reference in part to the first quarter trading results hinted at on the forums.

AfriAg plc is a growing company with great prospects both short term and long, run by a very experienced board of directors and should really be considered one for the pension pot.

Mr. Lenigas holds a Bachelor of Applied Science Degree in Mining Engineering. He served as Executive Chairman of London listed Lonrho Plc from 2006 to September 2012 and was in charge of Lonrho Plc’s expansion into over 20 countries in Africa with its main focus on agri-logistics. He has extensive experience operating in the public company environment across the UK, African, Canadian and Australian markets. He also serves as a Executive Chairman of a number of other publicly listed companies including Solo Oil Plc LON:SOLO, Rare Earth Minerals LON:REM & UK Oil and Gas LON:UKOG

You can read the full AFRI SOLO UKOG archive by clicking the EPIC code.