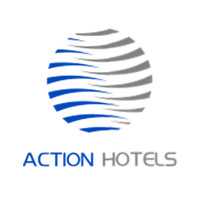 Action Hotels Plc (LON:AHCG), the leading owner, developer and asset manager of branded three and four-star hotels in the Middle East and Australia, is pleased to announce that it has secured a long-term, 92-year lease on a plot of land at Melbourne Convention and Exhibition Centre for the development of a new four-star hotel.

The new hotel, which is expected to open in Q1 2018, will comprise 317 rooms and 14 apartments, making it the second largest hotel in Action’s portfolio. The hotel will be Action’s fourth property in Australia and third in Melbourne. The approximate total project cost is $69m1, which Action will fund partially through a new debt facility for the project and partially through existing resources.

The Melbourne Convention and Exhibition Centre is the largest convention centre in the Southern hemisphere and currently accommodates over 5,500 delegates, last year hosting 1,030 events and attracting over 680,000 attendees.2

Hotel demand in Melbourne continues to outperform supply, underpinned by increases in both international and domestic tourism. Demand has increased by an average of 5.6% per annum and has contributed to a 4% growth per annum in RevPAR between 2009 and 2015. Hotel accommodation in the city is predominantly made up of upscale and upper upscale hotels, which make up 62% of the current supply1 and Action Hotels has identified an opportunity in the market for the creation of midscale hotels to meet this increasing demand. 2

Sheikh Mubarak AM Al Sabah, founder and Chairman of Action Hotels Plc stated, “I am delighted to announce the latest addition to our Australian portfolio, with a plot of land in a highly sought-after area of Melbourne. The hotel is ideally positioned in an attractive market with extremely positive fundamentals and rising demand, in a location that is currently underserved by midscale hotels.”

Action Hotels Plc has announced a new hotel in a highly desirable location in Melbourne. This would be its fourth Australian hotel and is a market it knows well with two existing sites in the city. The hotel is expected to open in 2018, and would take its room count close to 3,500 with adjusted EBITDA of $50m in sight. We see this as an exciting development and will adjust our forecasts when the commercial terms become more clear closer to the time. In the meantime, the 2016 dividend yield is 7% and the near term NAV is >100p at current FX. We believe this is a highly attractive investment opportunity with a proven operating model executed by a first class management team.

New hotel: AHCG has announced it has secured a long term 92-year lease on a plot of land at Melbourne Convention and Exhibition Centre (MCEC) for the development of a new four-star hotel. The hotel is expected to open in Q1 2018, and will comprise 317 rooms and 14 apartments making it the second largest hotel in Action’s portfolio. MECH is the largest convention center in the southern hemisphere and has a deep list of events hosting over 1000 events attracting over 680,000 attendees. The site itself accommodates over 5500 delegates and we believe was very highly sought after, which highlights its strong connections in this market.

Key attractions: This will be Action’s fourth hotel in Australia, and third in the city of Melbourne. We believe hotel demand in Melbourne remains robust. The city accounts for >20% of Australian GDP with the economy expected to grow at 2-3% per annum through to 2017 with unemployment trends below 6%. These strong economic conditions in an undersupplied market has seen a REVPAR growth of 4% per annum between 2009 and 2015. In a similar vein to its model in the Middle East, Action has spotted an opportunity whereby over 60% of hotel supply is in upscale/upper upscale hotels creating an opportunity in the market for a mid-scale hotel driving strong structural growth.

Financials: The total project cost is $69m, which will be partially funded through a new debt facility. This hotel is expected to positively contribute $6m of EBITDA by the end of 2018, and we would anticipate this to increase towards $10m during a 3-4-year time period. Due to the strategic location of this project, Action has received strong interest from a number of interested brand parties, and the commercial terms have not been fully negotiated. We anticipate Action is trading in line at the adjusted EBITDA level but envisage greater pre-opening and interest costs due to its rapid expansion following the success of its operating model to date. We will look at our forecasts in greater detail as it approaches the pre-closed period end.

Investment view: We believe the shares remain significantly undervalued with the 2016 NAV in excess of 100p applying current spot $ rates. We believe this is compelling especially with a 7% dividend yield on offer. Overall, we continue to see significant long term value at current levels backed with a strong management team who continue to execute the strategy very well.

You can read the full AHCG archive by clicking the EPIC code.

Action Hotels plc Opening of 347 room Novotel with advance bookings of over AUS$3.5m