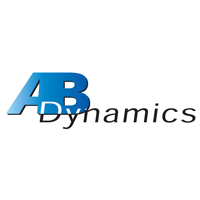 Q1: AB Dynamics published your interim results this morning, can you talk us through the financial highlights?

A1: Obviously, we report today this RNS, the key highlights that we’ve put forward is that we see continued very strong demand for our products and services, especially on the Track Testing side and the Guided Soft Targets are running ahead of where we though they were going to be. This is driven, in part, by the demand from the car industry for the next generation of advanced driver assistance systems and testing of which is the adjunct towards full autonomous testing and driving. So, it’s been quite important that we’ve built capacity and that’s now reflected in some of the numbers and the orders taking us through to February next year.

One of the other areas of interest is that, last November, we went out and raised £6 million to fund new product development and some corporate activities to drive the growth, that was quite useful in the sense that we put out a placing at £5 million and an open offer at £1 million, both of which were oversubscribed but it’s now given us the cash which will let us fund the next generation of growth inside the company.

Also, one of the other highlights is the new factory, we’ve been talking about it for many years but it’s on target to be handed over to us in late Summer. It’s important because it gives us the headway to let the company continue to grow and it also gives us the opportunity to bring back all of the key functions under one roof.

Q2: What have been the key operational milestones achieved in the first half of the year?

A2: I think what we’ve been able to do is we’ve been able to work on the key things we’ve been talking about before is the opportunity to sell this advanced driving simulator, or the Driver in Loop Simulator, that has been getting very close to a commercial phase. To remind people, that was a partnership we entered into with Williams Formula 1, Williams Advanced Engineering, we’re going to take their simulated technology and turn it into an automotive grade so, that’s going really well.

The other area that’s been quite interesting for us is the ability to be able to move more of the product support and technical support into the regions so we’ve set up the offices in Japan and we continue to look to develop new technical centres globally, just so we can be a bit more proactive in supporting customers and driving growth.

Q3: You touched on this earlier, how is the new facility progressing and what will its completion mean for AB Dynamics?

A3: So, the target is end of August, beginning of September, the plan would be to move the majority of the office into that building straight away. The key advantage is that, for the last 3 years, we’ve been operating on about 6 sites around the Wiltshire countryside and this new facility gives us the ability to be able to bring it all under one place, one management. It definitely works better when you’ve got the mechanical, electrical and software design under one place, all the fulfilment and also product development. So, it’s a 33,000-square foot building, it’s quite a large space but we’re still going to have to retain the existing factory because the company’s just grown so much in the last 5 years so we’re looking for the next phase of development nearby.

Q4: How is AB Dynamics set for the second half of the financial year and onwards?

A4: The order book is looking strong, we’re taking orders at the moment that take us into February next year and we’re pretty much sold out for this second half of the year. We broadly feel that we’re going to meet the market expectations and certainly the management expectations, the trick really is to make sure that we don’t disturb the company when we move into the new facility and we’re taking every step we can to make sure we don’t do that.