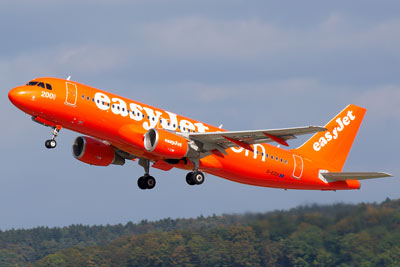 A Record Performance for easyJet plc in First Half Results

easyJet plc LON:EZJ this morning announced its results for the 6 months ended 31 march 2015 bringing them back to profit for the first time in over 10 years. Pre-tax profits for the first half up to 31st March were £7 million compared to the previous year’s loss of £53 million. It was expected that earnings would range between a loss of £5 million and a profit of £10 million.

easyJet plc LON:EZJ Chief Executive, Carolyn McCall said: “easyJet has delivered a record performance in the first half of the year by continuing to deliver its strategy of making travel easy and affordable for passengers. The profit in the half reflects the delivery of our customer focused revenue initiatives and a strong finish to the ski season as well as the benefit we received from the lower fuel price and favourable foreign exchange movements. As we enter the important summer season forward bookings are in line with last year and as we predicted passengers are benefitting as fares fall to reflect a more competitive operating environment and lower fuel costs. easyJet continues to be well positioned to grow revenue and profit this year, delivering sustainable returns to shareholders due to its compelling network, low cost base and strong balance sheet.”

easyJet announces changes to the Board